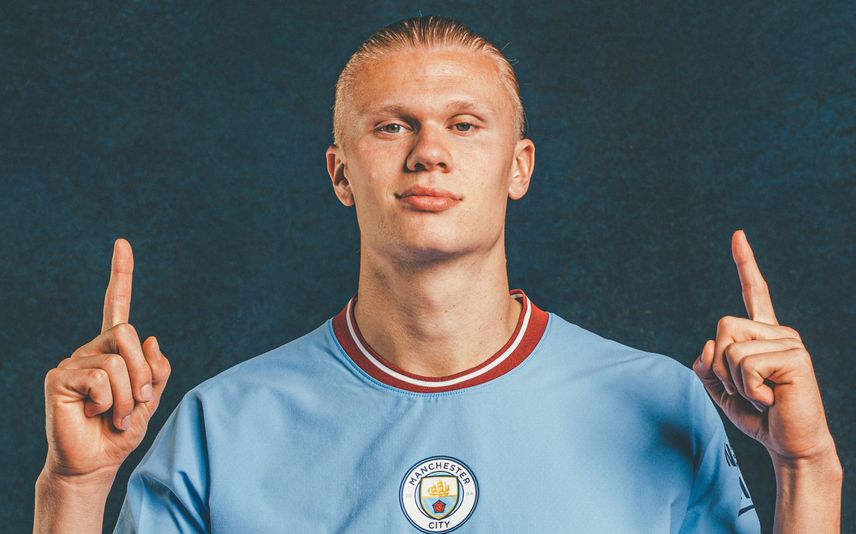 Manchester: Manchester City has confirmed that Erling Haaland from Borussia Dortmund has signed a five-year deal with the club till the summer of 2027.

Haaland will join the club on July 1.

The son of former City player Alfie, who signed almost 22 years ago to the day, Haaland junior is widely regarded as one of Europe's best strikers and arrives at the Club with a formidable goalscoring reputation following impressive spells at Molde FK, Red Bull Salzburg and Dortmund.

A 21-cap Norwegian international, Haaland scored 86 goals in 89 games in two-and-a-half seasons with the Black and Yellows, winning the German Cup and the Bundesliga Player of the Season award in 2020/21.

"This is a proud day for me and my family," he told mancity.com after completing his move.

"I have always watched City and have loved doing so in recent seasons. You can not help but admire their style of play, it is exciting and they create a lot of chances, which is perfect for a player like me.

"There are so many world-class players in this squad and Pep is one of the greatest managers of all-time, so I believe I am in the right place to fulfil my ambitions.

I want to score goals, win trophies and improve as a footballer and I am confident I can do that here. This is a great move for me and I cannot wait to get started in pre-season," he added.

Director of Football Txiki Begiristain added: "We have been monitoring Erling for several years now, so we are delighted to bring him here to Manchester City. He is a huge talent and has been one of the best strikers in Europe over the last few seasons. His goalscoring record is exceptional and his performances at Borussia Dortmund and in the Champions League, in particular, have proved he can succeed at the highest level."

"Erling has everything we want in a striker and we are certain he will excel in this squad and this system. His rise has been remarkable, but he is still only 21. His best years are ahead of him and we are confident he can get even better working with Pep. This is a very exciting signing for our club, and I am sure our fans will enjoy watching Erling perform in this team," he added. (ANI)