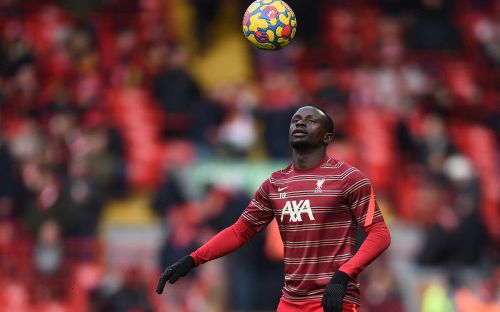 Senegal forward Sadio Mané will miss his team's “first games” at the World Cup because of a leg injury, a Senegal soccer federation board member said Tuesday.

Abdoulaye Sow said Senegal will have to cope without its best player for the start of the tournament and “not whine too much."

“We will have to rely on playing the first games without Sadio and win without Sadio because we have 25 players apart from Sadio," Sow said. “No one would have wanted it, but that’s what's happened to us.”

Sow didn't specify how many games Mané is expected to miss, and there has been no official word from Senegal or Bayern Munich.

Mané was injured a week ago in a German league game between Bayern and Werder Bremen. He was substituted in the 20th minute of Bayern’s 6-1 win. Bayern said the two-time African player of the year has an injury to the head of the fibula bone in his lower right leg.

Most of Senegal’s squad arrived in Qatar for the World Cup on Sunday without Mané. The team’s first game in Qatar against the Netherlands is on Monday but Mané was still waiting for more tests by the Bayern medical team.

Senegal, the reigning African champion, plays host Qatar four days after it faces the Netherlands. Its final game in Group A is against Ecuador on Nov. 29.

Mané was named in Senegal's 26-man World Cup squad last week by coach Aliou Cissé, who said at the time that Senegal was hopeful Mané might still be ready for the start of the tournament. But Bayern coach Julian Nagelsmann had cast doubt Friday on Mané's participation when he said the player would be sidelined for at least another 10 days even before follow-up tests to determine the precise extent of the injury.

“It’s obvious that Senegal would like him to play," Nagelsmann said. "But if he’s in pain, he can’t play. The medical things are more important than the sporting ones. That’s the case with us and also with everyone else.”

Senegal — with Mané — is rated by many as the best African side to ever go to a World Cup. AP