Argentine midfielder Leandro Paredes received the same punishment while Layvin Kurzawa has to serve a six-match ban for kicking out at Marseille left-back Jordan Amavi. 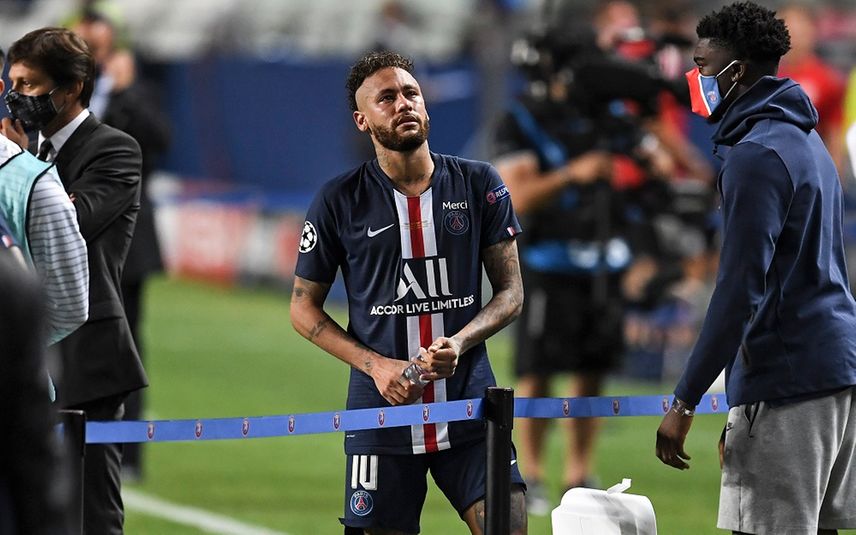 After losing the Champions League final 0-1 to Bayern Munich on August 23, PSG kicked off their league campaign with two straight 0-1 defeats -- one at Lens followed by another at the Parc des Princes against Marseille, in which three players, including Neymar, were sent off for their involvement in an injury-time brawl, reports Xinhua news agency.

The disciplinary commission of French Professional Football (LFP) on Wednesday announced the Brazilian striker would be banned for two games plus one suspended. Argentine midfielder Leandro Paredes received the same punishment while Layvin Kurzawa has to serve a six-match ban for kicking out at Marseille left-back Jordan Amavi.

Thomas Tuchel's side on Wednesday welcomed back goalkeeper Keylor Navas, defender Marquinhos and forward Mauro Icardi after the trio were among seven players tested positive for Covid-19, but missed Kylian Mbappe, who is still in self-quarantine at home.

PSG controlled the ball with more than 70 per cent possession and created a couple of chances on 20 attempts in Wednesday's game, but they were all denied by Metz goalkeeper Alexandre Oukidjia until Angel Di Maria's cross in stoppage time forced Oukidja to carry it to Draxler, who nodded it home for the winner.

"We had chances to score in the first half, but we missed all of our good chances," Tuchel said.

"The situation was complicated so it was important to win tonight. It's hard, we created some chances, but we're not 100 per cent."

Abdou Diallo was sent off for a second yellow card after 65 minutes and Juan Bernat limped off the pitch in the 85th minute, which forced Tuchel's side to have to play with nine men for the last 10 minutes.

"The finish was impressive, playing with nine against 11. We showed an incredible mentality. It was a deserved victory after a crazy match. I am very proud," the German coach said.

PSG will travel to the southern coastal city of Nice for their next match on Sunday.