FC Barcelona president Joan Laporta claimed that the "Catalans" had to fight for Robert Lewandowski's signature on the deal with Chelsea and Paris Saint-Germain "where he could earn more money." 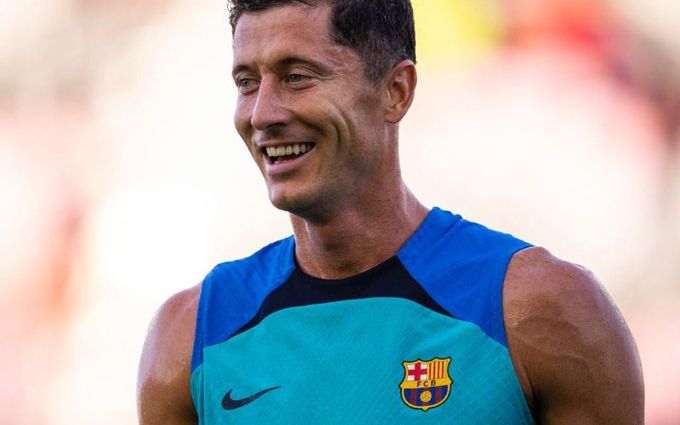 Warsaw: FC Barcelona president Joan Laporta claimed that the "Catalans" had to fight for Robert Lewandowski's signature on the deal with Chelsea and Paris Saint-Germain "where he could earn more money."

During his eight years in Bayern, Lewandowski scored 344 goals to secure six Bundesliga top goalscorer titles. This summer the Polish striker decided to start a new challenge as he signed a 4-year contract with FC Barcelona.

On Monday the 33-year-old passed his medical in Miami, the United States where FC Barcelona are preparing for the new season.

"We fought PSG and Chelsea for Lewandowski, but he preferred to join us. We have to thank him for that. He will get less money from us compared to those teams. Moreover, he put a lot of pressure on Bayern for this transfer to be done," Laporta told Spanish media on Tuesday.

Lewandowski believes that the Catalan team will return to the right track. "It was very easy to decide to come to Barca. I think I can help put the team back at the top of European football," the forward said.

The Pole admitted that playing in the La Liga was his dream.

"I like winning trophies and this is a new chapter for me. I see it as a big opportunity. I have always wanted to play in Spain for a big team. I have already spoken to coach Xavi Hernandez. He was a great player and he has a great future ahead of him as a coach," the player concluded.