Kerala triumphed in the Santhosh trophy for the seventh time at Payyanad stadium on Monday night. Defeating West Bengal (5-4), Kerala lifted the trophy during the 15th finals. With the victory, Jijo Joseph joined the clan of Captain Mani, VP Sathyan, Kurikesh Mathew, V Sasikumar, Sylvester Ignatius and Rahul V Raj who won the trophy under their captaincy.

Among the four finals that Kerala faced West Bengal, the victory was for Bengal in 1989 and 1994. But in the finals of 2018 at Bengal and the other in 2022 at Malappuram, Kerala team beat West Bengal, both at penalty shootouts. Kerala entered finals following the sweeping victory in the semifinals. However, the stadium witnessed a furious crowd that turned hostile and started throwing bottles from the stands in the beginning of the second half. Later, it was Bibin Ajayan who scored the equaliser with a leaping header after being set up by Noufal PN from the right flank to force a penalty shootout.

Bengal kicked off the penalty shootout with Dilip Orawn's strike but in their second attempt Sajal Bag shot wide which turned decisive in the end.

Bablu Ora, Tanmoy Ghosh and goalkeeper Priyant converted their chances and in the final attempt they left the big task for substitute goalkeeper Raja Burman to deny Kerala the winning penalty.

Burman tried his best but Faslurahman Methukayil sealed it, shooting the ball into the top corner to clinch their first Santosh Trophy on home soil since 1993 (Kochi). 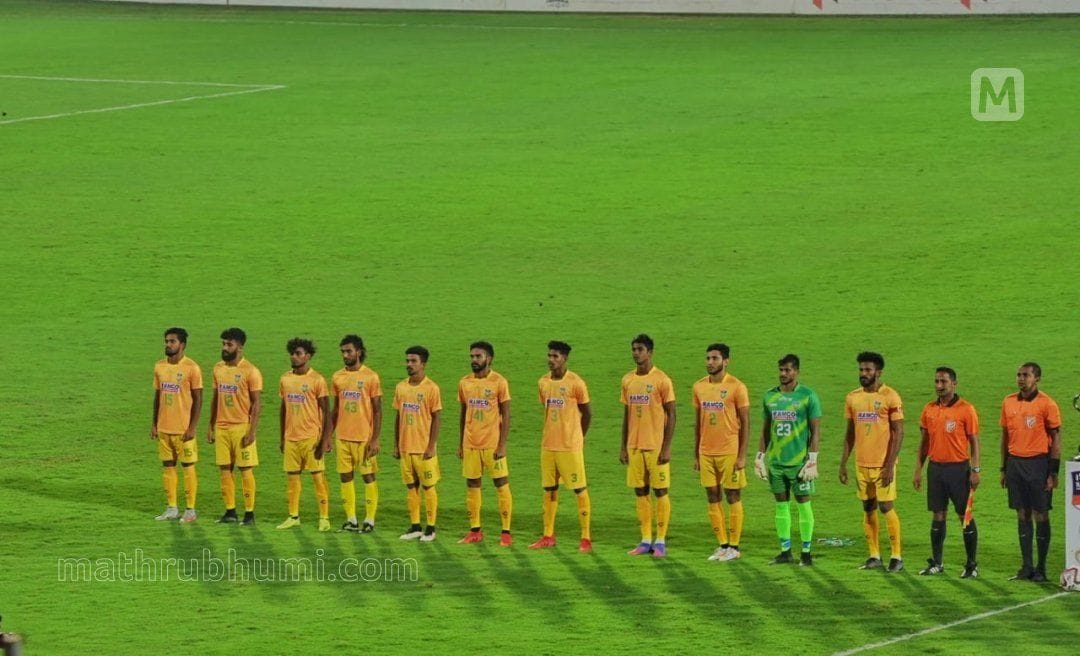 Having beaten Bengal 2-0 in the group stage, Kerala, thus, did a double on the Ranjan Bhattacharya-coached side.

It was a contrasting tale of two halves with Bengal dominating the first 45 minutes, while Kerala came close on multiple occasions after the changeover.

It was courtesy a valiant display under the bar by their keeper Priyant Kumar Singh that Bengal kept their hopes alive of bringing the Trophy back home.

The best save by Priyant came in the 33rd minute when he parried away a superb strike by Viknesh M to hold on to the clean slate.

Two minutes later, Priyant was again in the thick of the action, this time denying Sanju G.

Bengal's top forward Molla had a forgettable outing and squandered a couple of chances in the first-half.

The hosts pressed hard in the second-half with tournament top-scorer Jijo Joseph and Vikensh making a wave of attacks but Bengal defence denied all their efforts as the goalless stalemate prevailed in regulation time.

Unhappy and unwanted: What's next for Man Utd malcontent Ronaldo?