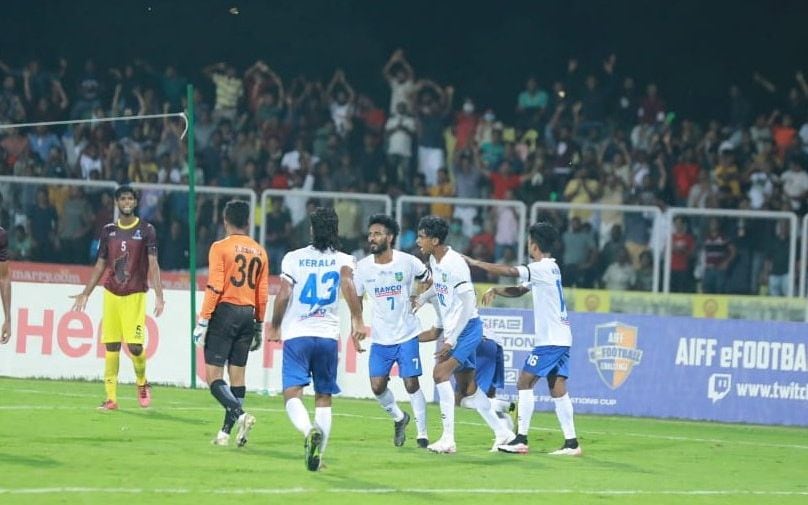 Malappuram: West Bengal, the 32-time champions, will play hosts Kerala in the 75th NFC for Santosh Trophy Final on Monday at the Manjeri Payyanad Stadium.

It will be the eastern team's 46th final overall, and they will enter this contest as favourites, owing to their outstanding record in the tournament since its start in 1941. In the top showdown, though, they will face a tough test from an in-form Kerala outfit.

Kerala defeated West Bengal in the first round, and Bino George's men will once again fancy their chances against the most successful team in the history of the tournament.

Meanwhile, West Bengal will look to settle the score by winning this fixture. They will also be looking to avenge their 2018 Santosh Trophy final defeat, which they lost in penalties after the game ended in a stalemate at the end of regulation time.

The last time two teams met the score was locked at 0-0 at the hour mark. Thereafter, Bengal goalie Priyant Singh faced a barrage of shots and was deceived in the 84th minute by Noufal while Jesin Thonikkara found the back of the net in the injury time. (ANI)