The boy in the video is boy's name is Mishal Aboulais, a seventh standard student of Kattumunda Government UP School. 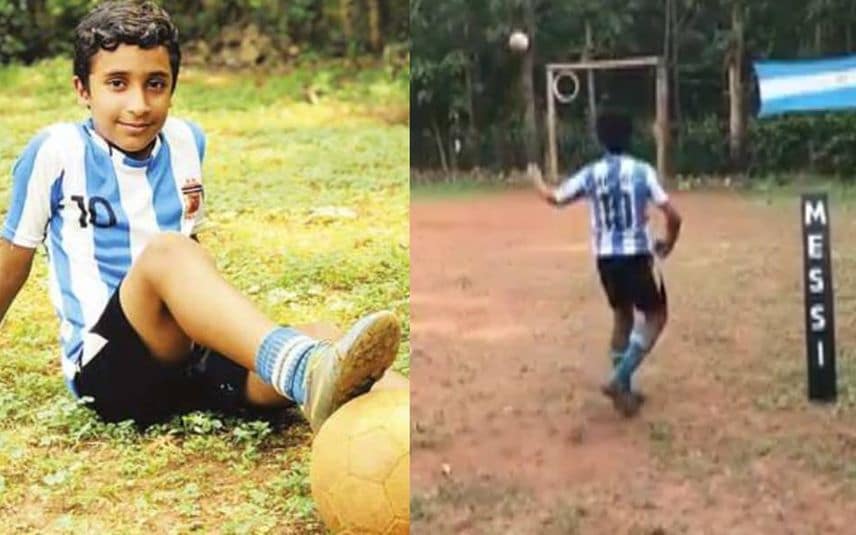 Malappuram: The video of a 12-year-old boy from Malappuram, Kerala, kicking a ball through a ring that has been hung at the top right corner of the goal post has gone viral. In the video that has been uploaded on the Facebook page All Kerala Sevens Football Association, the boy can be first seen standing over the ball and sizing up his target.

He then proceeds to kick the ball that curls into the hoop hung on the top corner of the post. He is wearing the shirt of Argentina and Barcelona star Lionel Messi.

The boy in the video is Mishal Aboulais, a seventh standard student of Kattumunda Government UP School. Mishal was encouraged by his brother Wajid to pick up the sport and has been getting coaching for the past four years. The video itself was shot by Wajid. Wajid is doing his BA from Mampad MES college.

The video has already gone viral in social media and was shared by many prominent people. This , however, is not the only video of Mishal showing off his football skills. Earlier, another video was posted in social media of him back heeling a football into a ring.

Mishal and Wajid are the sons of Kanniyan Aboulais, who was a former footballer himself. He used to play in Malappuram district team as a goalkeeper.

Unhappy and unwanted: What's next for Man Utd malcontent Ronaldo?