Jhingan joined Blasters in the inaugural 2014 season of the ISL and has been a mainstay in defence for them ever since. 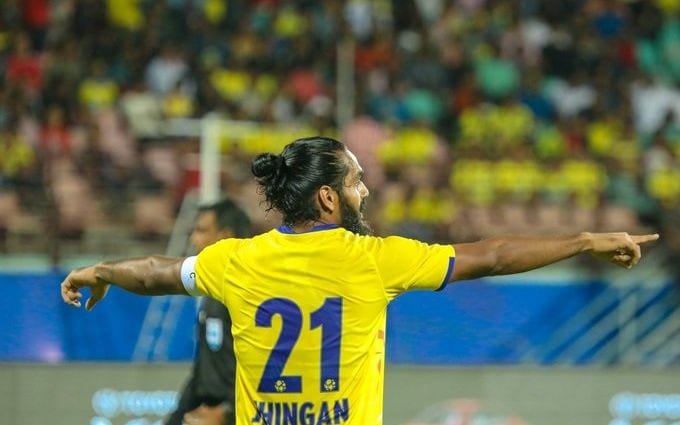 Kochi: Indian Super League side Kerala Blasters said that it will be retiring the no.21 jersey worn by centre back and captain Sandesh Jhingan as they announced the latter leaving the club on Thursday. In a statement by the club, owner Nikhil Bharadwaj thanked Jhingan for his contribution over the past six years for the club.

"We would like to take this opportunity to thank Sandesh for his commitment, loyalty, and passion for the club and its supporters. KBFC respects Sandesh's desire to pursue a new challenge and we wish him all the best for this new journey. We know that he will always remain a Blaster at heart. As a tribute to his contributions to the club, we will be permanently retiring his jersey number 21," said Bharadwaj.

Jhingan joined Blasters in the inaugural 2014 season of the ISL and has been a mainstay in defence for them ever since.

"Sandesh leaves our family, to pursue fresh challenges with nothing but love and respect from the entire KBFC community," said the club.

"Growing together over the past 6 years and moulding him into one of the finest center backs to represent our country, has been a proud moment for the club. We are honoured to be a part of and support his journey so far.

"We wish our 'Wall' the very best for his upcoming challenges and look forward to him reaching newer heights."