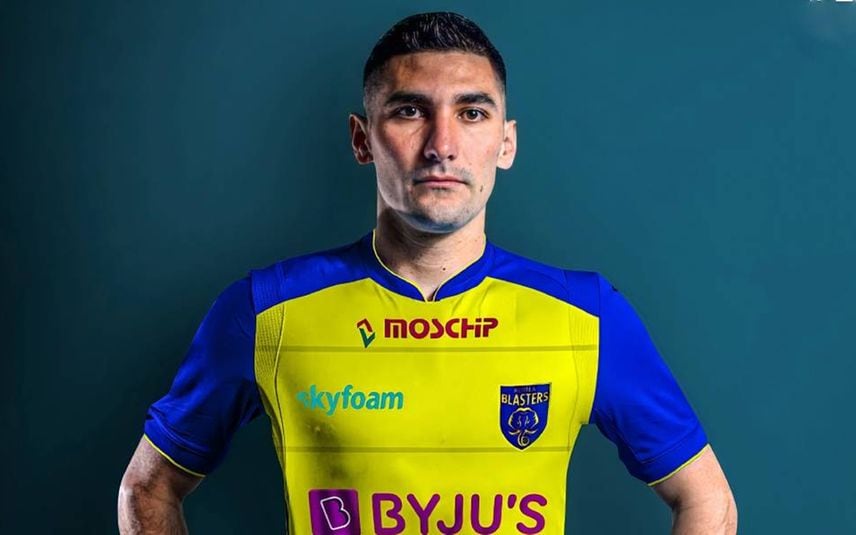 Pereyra Diaz, who made his professional debut in 2008 with the Argentina team Ferro Carril Oeste, played there for four years before moving on to another Argentina club Lanus. With the club, he won the 2013 Copa Sudamericana. Later. he switched to the Malaysian Super League team Johor Darul Thasim FC.

He played for three years and scored 26 goals in 45 league games. He also has experience in playing in the AFC Cup and AFC Champions League. Pereyra Diaz has also played for before joining Platense in 2021.

"We are proud and happy to have a great player like Pereyra Diaz in our squad,” said KBFC Sporting Director Carolis Skinkis.

He is the third foreign player to feature in the Blasters squad this season. Perera Dias will join the team arriving in Kolkata for the Durant Cup football.