The club has already apologised for the mix-up, calling it an "inexcusable mistake" while attempting to provide clarity as to how it occurred. 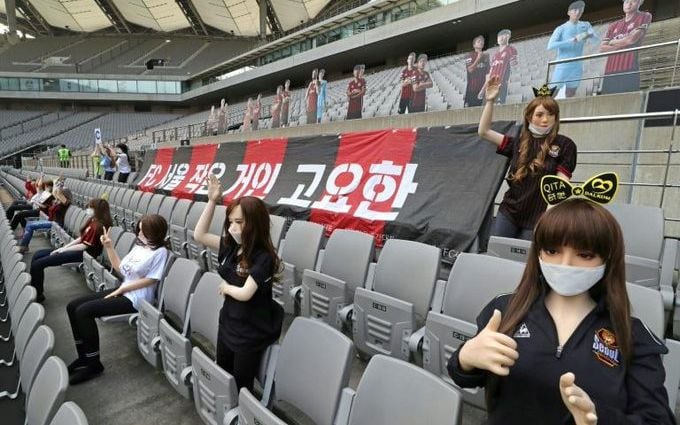 Seoul: FC Seoul has been slapped with a fine of 100 million won ($81,500) by K-League after the club used sex dolls to fill up the stands during a match recently.

Football matches in South Korea began behind closed door as a precautionary measure against the spread of coronavirus pandemic. The club reportedly used sex dolls to fill up the stands with some wearing club colours while others holding banners or placards during Sunday's clash against Gwangju.

In total, there were 30 dolls on display with 28 being females and only two male mannequins.

"The disciplinary committee decided to take heavy disciplinary action considering the graveness of the incident, caused by the 'real doll', that has greatly insulted and hurt female and family fans and to prevent similar incidents going forward," the K-League said in a statement, reports goal.com.

FC Seoul had made "a serious mistake" by not removing the dolls before the match began, it added.

The club has already apologised for the mix-up, calling it an "inexcusable mistake" while attempting to provide clarity as to how it occurred.

"We would like to apologise to the fans. We are deeply sorry about the mannequins that were seated during the May 17, 2020 match," a statement on FC Seoul Instagram handle read as per Fox Sports.

"However, we would like to clarify that while these mannequins have been made to look and feel like real humans, they are not for sexual use e as confirmed by the manufacturer.

"We had them supplied by a company... which claimed they are clothing mannequins. We double-triple-checked that they are not for sexual use," the statement added.