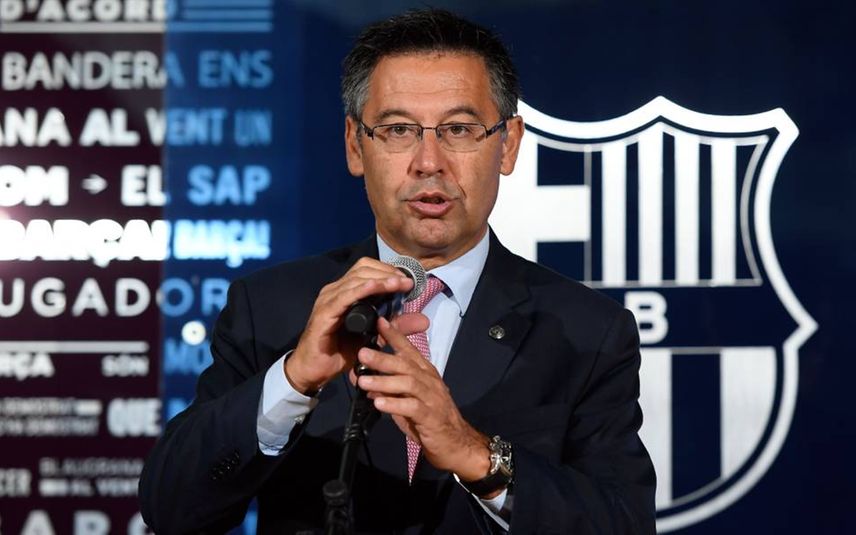 Barcelona: Barcelona FC have confirmed that president Josep Maria Bartomeu has stepped down from his post.

Bartomeu, who had replaced Sandro Rosell as Barca president in 2014, resigned on Tuesday rather than await a fans' vote of confidence on his future at the club. The rest of the board of directors stepped down alongside him and an election will be held to appoint a new president within 90 days.

"This is a well-considered, calm, consensual and collective decision by my fellow directors who have accompanied me over recent years in a loyal and committed fashion with regards to the project and the club, and who have made so many sacrifices thinking always of Barca," Bartomeu said in a statement.

He also rallied against the Catalan government, who he felt should have allowed the club to delay the referendum on his future due to new Covid-19 restrictions in Spain.

He added that joining the venture would guarantee the club's financial sustainability moving forward after it announced earlier this month that their debt had more than doubled to €488 million.

The 57-year-old, however, did not reveal any details of the proposed Super League nor what it would mean for domestic competitions like Spain's LaLiga.

The announcement, however, alarmed the LaLiga head Javier Tebas, who criticised Bartomeu and the plans for the new competition.

"Unfortunate Josep Bartomeu announcing on his last day the participation in a phantom competition that would ruin (Barcelona) and reiterating his ignorance about the football industry," Tebas tweeted. "A sad end for a president who did many things right but that lately made many mistakes."

Araujo grabs a point for Barca against Sevilla

Even Lionel Messi can have a fall!