How will Liverpool line up this season?

With the new English Premier League season kicking off on Saturday (September 12), Mathrubhumi.com takes a look at how Liverpool would line up. What changes have been made and where they need to improve. 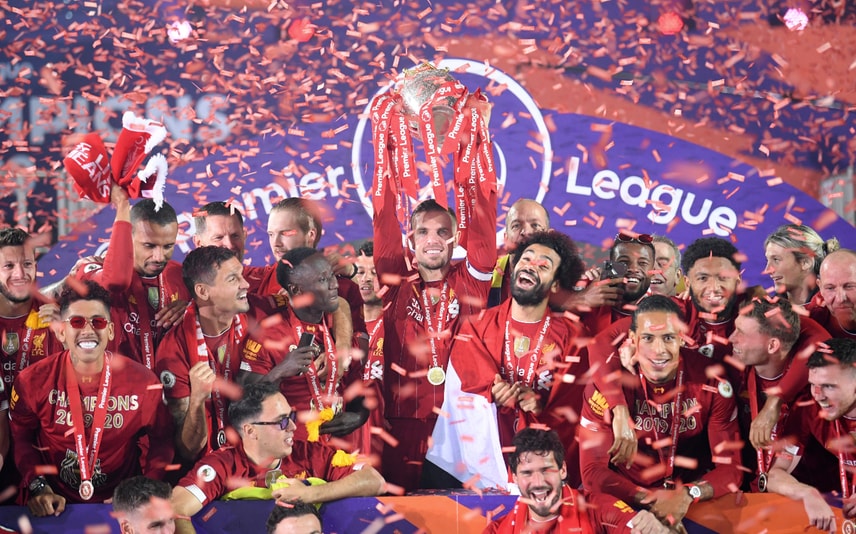 Liverpool won the Premier League last season after 30 long years and was 18 points ahead of second placed Manchester City. In the Champions League they lost to Atletico Madrid in the round of 16.

So far, Liverpool have made only one signing, Greece defender Kostas Tsimikas from Olympiacos for 11.75 million pounds. They missed out on Timo Verner to Chelsea and are heavily linked to Thiago Alcantara of Bayern Munich.

Jurgen Klopp is likely to continue with his favoured 4-3-3 formation with the first 11 not changing. Thiago will be a valuable addition for Liverpool despite his not so good injury record. How will the Spaniard adapt to the high intensity Gegenpressing is another matter altogether.

Formation 4-3-3
Liverpool’s starting 11 is a team that can beat anyone. But the major concern will be their squad depth. Alisson will not have much competition and Adrian will be the second choice goalkeepers. Takumi Minamino is an ideal back up for Firmino while Divock Origi is a more traditional number 9. Xherdan Shaqiri can play on the wing while Alex Oxlade-Chamberlain can play as a winger or as a more advanced midfielder.

Naby Keïta will slot in as the anchor but James Milner is 34 years old now. In the defence, Kostas Tsimikas will slot in at left back while teenager Neco Williams will be the backup right back. Joel Matip is a good backup centre back but Liverpool need another centre back. Rhian Brewster and Curtis Jones are bright prospects who could gain some valuable minutes this season.

However, these players seem to be more capable of helping to see a game out rather than change the outcome from the bench. This is where Thiago could be important.

One criticism that Jurgen Klopp faced last season was his lack of a clear plan B. Liverpool found it very difficult to break down defences that sat deep and denied space for their front three. Thiago could be the answer to that. His vision and passing range will make Liverpool much better at prying open tight defenses.

Liverpool are heavily reliant on their front three, Firmino, Mane and Salah, who have been excellent for the last few seasons, to score the goals. For all the work he does, Firmino does need to score more goals. An injury to Mane or Salah could be devastating for Liverpool.

Another possible issue for Liverpool is the lack of competition for a starting place. The first team could take it for granted that they will get to play all the important games. The substitutes look like they need to wait for lesser opposition to get a chance to showcase their skills.

The reigning champions will face this year’s surprise package in Marcelo Bielsa’s Leeds united at Anfield in the opening fixture. Then they will travel to face Frank Lampard’s Chelsea side full of new faces. Liverpool’s third game is at home against Mikel Arteta’s new looking Arsenal, who beat the reigning champions to lift the Community Shield.

These first three games are likely to show how Liverpool’s season will turn out.

The Reds set the bar so high last season that everybody was playing catch up. They won the Premier League with ease but retaining it will not be easy.