The former champions, who had won the first leg in Chennai 4-1 advanced on an aggregate score line of 6-5. 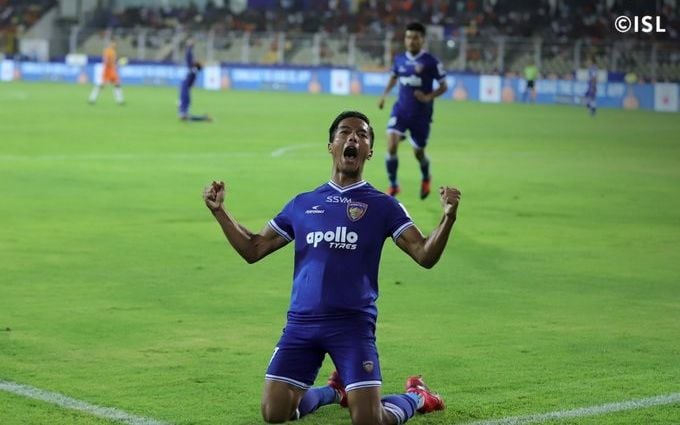 Fatorda: Chennayin FC booked their place in the final of the Indian Super League despite losing to FC Goa 4-2 at the Jawaharlal Nehru Stadium here on Saturday.

The two time champions, who had won the first leg in Chennai 4-1, advanced on an aggregate score line of 6-5.

An own goal from Lucian Goain (10) and another header by Mourtada Fall (21) had given Goa a two goal lead in the first half but Chennaiyin came levelled the score though Lallianzuala Chhangte (52) and Nerijus Valskis (59). Edu Bedia (81) and Mourtada Fall’s (83) gave the home side the win on the night.

Chennaiyin will face either ATK FC or Bengaluru FC in the finals which will be held on March 14.