Florian Wirtz is youngest scorer in Bundesliga at 17 years, 34 days

Wirtz is 48 days younger than previous record-holder Nuri Sahin, who scored for Borussia Dortmund against Nuremberg on November 26, 2005. 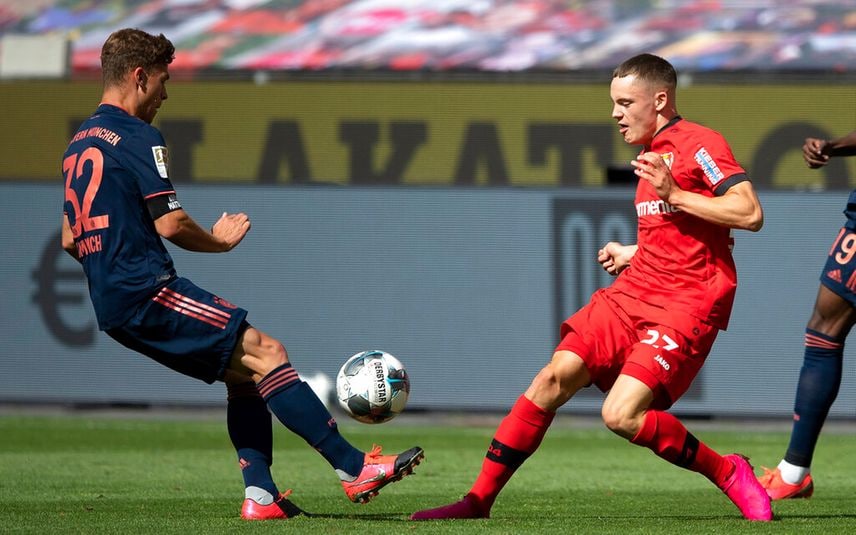 Berlin: Bayer Leverkusen substitute Florian Wirtz has become the youngest person to score a goal in the Bundesliga at age 17 years, 34 days, with an impressive strike against Bayern Munich on Saturday.

The attacking midfielder came on for the second half and wrong-footed Lucas Hernandez – the most expensive player in the league – before lifting the ball over Bayern 'keeper Manuel Neuer inside the far post for Leverkusen's consolation goal in a 4-2 defeat.

Wirtz is 48 days younger than previous record-holder Nuri Sahin, who scored for Borussia Dortmund against Nuremberg on Nov. 26, 2005.

"A big talent here in Germany, a really good player and he has great technique," Leverkusen sporting director Simon Rolfes said during a video conference call. "He has the ability to move in the open spaces. He has a good first touch, a very good first touch. Can score, as you can see."

It was Wirtz's fourth Bundesliga appearance since he switched in January to Leverkusen from Rhine rival Cologne.

"We are really happy to have the biggest talent at his age here in Leverkusen," Rolfes said

The next youngest goal-scorers in Germany after Sahin are Julian Draxler, Timo Werner and American Christian Pulisic, who was 17 years, 212 days when he scored his first goal for Dortmund against Hamburger SV in 2016.

Wirtz is not the first young player to make the breakthrough at Leverkusen, whose biggest star Kai Havertz established himself in midfield at age 17. Havertz, now 20, has been linked with a big-money move to Bayern or Real Madrid.

Rolfes said young players thrive at Leverkusen "because they get the opportunity to train with the professional team. In other clubs, it's most of the time different."

Leverkusen says it likes to test young players against the best.

"Our strategy is that they get in really early, because they can adapt. Really top players adapt very fast. You can see that in the training, in each training, from the first training until the first Bundesliga game," Rolfes said. "You can see their improvement."