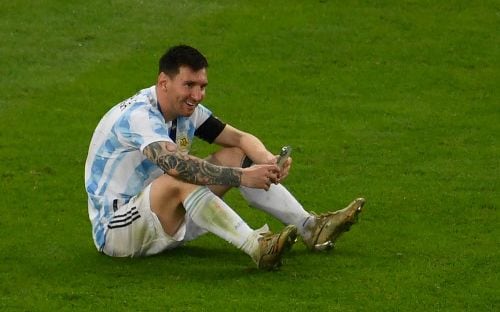 Berizzo told reporters on Wednesday (IST) that his players had been briefed on how to stop Messi's teammates in Thursday's match, explaining that it is futile to try to stop the 34-year-old Paris Saint-Germain forward when he is already possession.

"The first thing to consider when playing against Messi is to try to pressure those giving him the ball," the Argentine manager said.

"If a player has the ability to pass to him, then you are bound to suffer the best of Messi -- his control, his contact with the ball, his acceleration and his dribbling.

"We have to apply pressure to those around him so that he doesn't have as many opportunities (to be in possession)."

Following Thursday's duel in Asuncion, Argentina will host Uruguay and Peru in Buenos Aires on October 10 and 14, respectively. Paraguay will meet Chile in Santiago on October 10 and Bolivia in La Paz four days later, Xinhua reports.

Argentina is currently second in the 10-team South American group with 18 points from eight qualifiers. Paraguay is sixth, seven points further back.