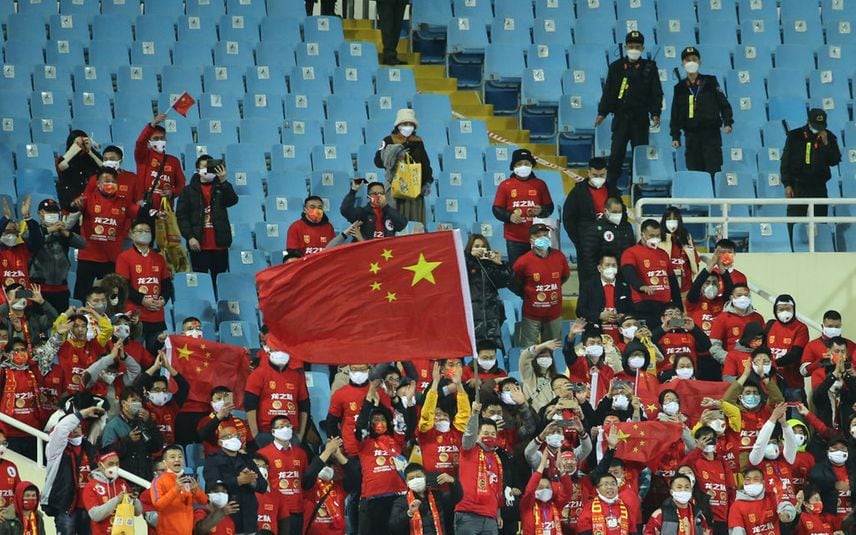 Beijing: Angry Chinese football fans lashed out Wednesday at their country's "shameful" record after a 3-1 defeat at Vietnam ended any slim hope they had of reaching the 2022 World Cup.

The heavy loss on Tuesday caused outrage on Chinese social media as millions took to platforms such as the Twitter-like Weibo to air their grievances against the national team, who have long struggled to live up to expectations.

President Xi Jinping wants China to host and even win the World Cup one day, but the humiliating loss left China one place off the bottom of their qualifying group after eight games. Vietnam are still bottom but finally got points on the board.

Social media hashtags including "Why does the national football team keep losing" and "National team, give us a refund" received hundreds of millions of views on Weibo as people piled in.

"If you tied a piece of braised pork to the goal, a dog would kick the ball with more enthusiasm than them," one user complained.

"We should withdraw from FIFA and stop bringing shame on our country," another Weibo user suggested sarcastically.

Despite Xi's ambitions China have qualified for the World Cup only once, in 2002, when they failed to win a point or score a goal.

The latest disappointment was especially bitter because it came on the first day of the Lunar New Year.

An old interview with former international Fan Zhiyi, given after China were crushed 5-1 in a friendly in 2013 by Thailand, made the rounds online -- showing what appeared to be a prophetic warning.

"After losing to Thailand, we'll lose to Vietnam and then to Myanmar. And then there'll be no one to lose to," Fan said in the now-viral interview.

Pandas sent by China arrive in Qatar ahead of World Cup

Xi warns China will not renounce use of force to unify Taiwan; vows to strengthen military