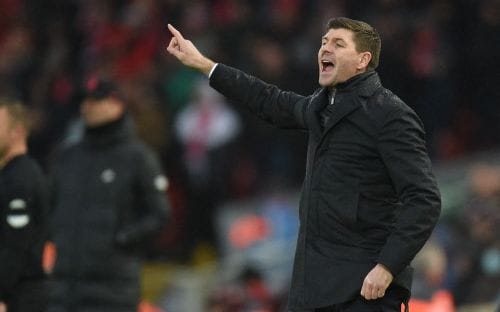 London: English Premier League managers will meet on Monday to discuss the worsening COVID-19 situation, which has already wiped out half of the weekend games and sidelined star players.

Outbreaks at clubs underscore the worsening health emergency in Britain as the omicron variant spreads.

Opinions were wide-ranging regarding what steps to take from here. Some managers advocate a break in play, citing fairness. Others say the games should continue.

“There are obviously a lot of concerns and a lot of unanswered questions,” Aston Villa manager Steven Gerrard said. “That's the reason why the Premier League, on Monday, have put in place an opportunity for the managers to get together and I'm hoping there will be a lot of clarity which comes off the back of that meeting.”

Chelsea manager Thomas Tuchel said he’s read the rules “and instantly forgot them because there are many of them.”

The league has already reintroduced emergency measures — more frequent testing and wearing face masks indoors among them — but said its intention was to maintain the current schedule “where safely possible.”

The league said its board was assessing applications to postpone matches on a case-by-case basis and “based on existing rules and COVID-19 postponement guidance issued to all clubs.”

The latest postponements — five of the weekend's 10-match schedule — brought the total number of top-flight games called off this week to nine.

Two matches were played on Thursday with key players missing because of positive tests. Chelsea was without Romelu Lukaku, Timo Werner and Callum Hudson-Odoi in a 1-1 draw with Everton. Ben Chilwell, who is out injured, also tested positive.

“But the lottery starts again tomorrow,” he said.

With a depleted squad for Sunday’s match at Wolverhampton, Tuchel may be forced to start Mateo Kovacic and N’Golo Kante, describing it as “crazy” because Kovacic returned to training only on Friday after isolating from a coronavirus infection, and Kante was just back from injury.

Chelsea's Kai Havertz also sat out Thursday because he felt unwell but has since tested negative.

Liverpool is at Tottenham on Sunday and manager Jurgen Klopp favors playing the match even though he'll have trouble preparing because he has no idea which Tottenham players are available.

“We don’t think we shouldn’t play on Sunday, honestly, but I say that now,” Klopp said. “In two hours, when the players are arriving here and we have then six, seven, eight more cases — whatever — then of course we cannot play. But in a situation like we are now, we can play and we would like to play.”

More transparency, he added, “would really be helpful.”

On Thursday, Liverpool beat Newcastle 3-1 without Virgil van Dijk, Fabinho and Curtis Jones because of positive tests. Klopp said on Friday that all three feel “fine.”

Tottenham will be in action for the first time in two weeks. Its outbreak forced the postponement of two league games and the cancellation of a Europa Conference League match.

“But at the same time we're ready to play on Sunday an important game against a really good, amazing team," he said.

Meanwhile, league leader Manchester City received good news when manager Pep Guardiola tested negative late Friday, hours after an inconclusive one, according to the British Press Association. Guardiola canceled his pre-match news conference but the follow-up test apparently cleared him to go to Newcastle on Sunday with a near full-strength squad.