Divock Origi and Antonio Rudiger, for example, are leaving Liverpool and Chelsea, respectively, to move abroad and can expect great receptions on Sunday from fans who have seen the pair produce big-game performances and help their clubs win the Champions League. 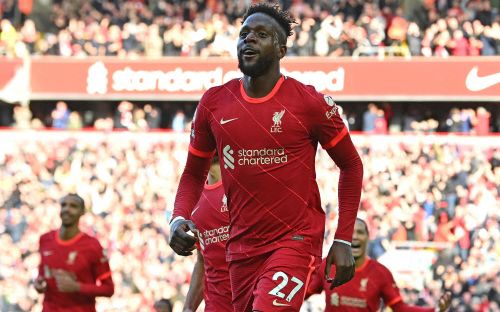 Entwined in the roller coaster of emotions on what could be a dramatic final day in the Premier League will be a slew of farewells for players, managers and even referees.

Some will be heartfelt. Others most certainly won’t be.

Divock Origi and Antonio Rudiger, for example, are leaving Liverpool and Chelsea, respectively, to move abroad and can expect great receptions on Sunday from fans who have seen the pair produce big-game performances and help their clubs win the Champions League.

Fernandinho is leaving Manchester City after nine years and could bow out with another league title. Mark Noble, or “Mr. West Ham” as he is sometimes called, is retiring after 18 years at the club and will no doubt receive a great ovation at Brighton. Brazil winger Raphinha is highly likely to leave Leeds at the end of the season, so how about a parting gift of a goal against Brentford to keep his relegation-threatened team in the league?

Then there’s Paul Pogba, whose second spell at Manchester United is coming to a rather undignified end. Will the France midfielder even play in the team’s last game of the season at Crystal Palace?

A look at some of those preparing to say goodbye or whose futures are shrouded in uncertainty going into Sunday’s games:

Liverpool manager Jurgen Klopp confirmed Friday that Origi would be leaving after eight years — AC Milan is reportedly his likely destination — and should get a “special reception” from supporters whether he plays in the team’s potential title-clinching game against Wolverhampton or not. “He is, and will be forever, a Liverpool legend, one of the most important players I’ve ever had,” Klopp said. For someone who has barely played 100 league games — the majority as a substitute — for the club since joining from Lille in 2014, that might sound like an odd tag to give Origi. But with him, it’s always been more about quality than quantity, about the big moments. Like in the run to the Champions League title in 2019, when he scored twice in the 4-0 win over Barcelona in the semifinals and the clinching second goal in the final against Tottenham. Or those dramatic late winners against Everton and Newcastle in the Premier League title race the same year. Is there one big goal left in him? “It is and was a pure joy to work together with him,” Klopp said. “It’s not over yet.”

Pogba has divided opinion since joining United in 2016 for a second spell at the club, and as the world’s most expensive player at the time (at around 105 million euros; $116 million). His levels of performances for United haven’t been at the standard they typically are for France, with critics usually pointing to what they perceive as his poor work rate and attitude and his supporters highlighting his ability to pick out a pass and saying he has been badly used by a succession of managers. Pogba is out of contract this summer and will be leaving under something of a cloud. The last sight of him in a United jersey might yet be when he hobbled off early in a 4-0 loss at Liverpool last month, which seems a fitting end for a career in English soccer that has never got going. Paris Saint-Germain or a return to Juventus could be next.

Rudiger has already said he is leaving Chelsea after five years, most likely to join Real Madrid, and he will depart as a fan’s favorite owing to his uncompromising style of play and occasional rampaging runs upfield from center back. The Germany international is likely to be one of a number of players leaving Chelsea this summer in a turbulent period for the club amid a change of ownership. The home game against already-relegated Watford could also be the last appearance for two more defenders, Andreas Christensen and club captain Cesar Azpilicueta, who have both been at the team since 2012.

The midfielder has been a stalwart during the greatest period in City's history and is returning to his country as one of the best Brazilians to have played in England. At 37, he is more important as an off-field leader these days but he might have a role on it on Sunday as an emergency center back as City looks to clinch the title.

Former England coach Roy Hodgson is taking charge of what is likely to be the last match of his 46-year managerial career. The 74-year-old Hodgson, who will lead Watford against Chelsea, said he has "earned the right to step back and enjoy some free time and spend some time with my wife and son.” Ralf Rangnick's last match as Man United's interim manager is against Crystal Palace before he moves into a consultancy role at the club, while also being coach of Austria's national team.

Among the referees making their final appearance in the middle is Mike Dean, one of the most charismatic and unconventional officials in English soccer. His 560th and last Premier League match will be Chelsea vs. Watford. AP