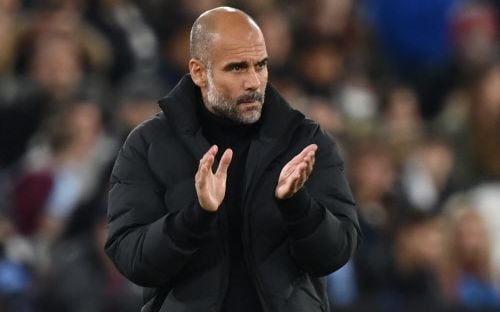 Manchester: Manchester City manager Pep Guardiola has sympathised with Manchester United coach Ole Gunnar Solskjaer, saying he understands the challenges of managing Red Devils and how much pressure is attached to the job.

Solskjaer has been facing increased speculation over his future after the 5-0 defeat to Liverpool in the Premier League.

"At United, everything that happens is doubled. The influence of them, like Liverpool, they are the greatest teams in England for many years. When it happens, their victories are double, defeats are double, of course, it's not a surprise. If I don't have good results, I'll be treated the same. Every manager. Nobody can survive bad results, no one. So expectations are so high at United, you have to win," Goal.com quoted Guardiola as saying.

"For a long time the team didn't win the Premier League, they do and they work to get results in terms of titles because their history demands it. When I took over Barcelona, I knew it, I had to win otherwise another manager will be in this position. I'm saying the most obvious things that everyone knows. And in that moment that it happened I'm pretty sure Ole is surrounded by people, family, the staff to be close to them and try to win the next game. There are no more secrets than that," he added.

Manchester City will next take on Crystal Palace on Saturday evening in the Premier League.

Pep Guardiola's side is currently at the third spot in Premier League standings with 20 points from nine games.