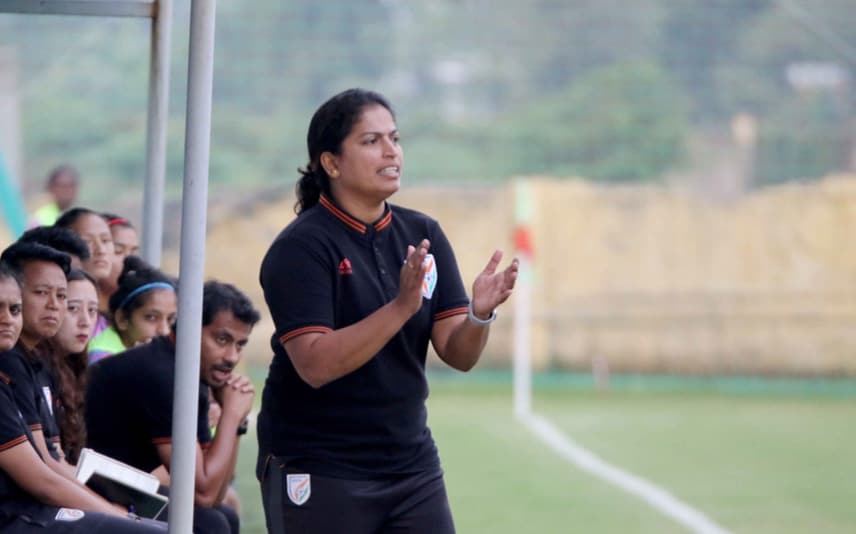 New Delhi: After four years in charge of the Indian women's senior national team, head coach Maymol Rocky has stepped down from her role due to personal reasons, the All India Football Federation (AIFF) said on Tuesday.

Maymol, who took over as head coach in 2017 after a stint as the assistant coach, led the team to a number of international events.

"I am happy to see the progress we have made in the last few years. The facilities we got were always excellent and the support we got from the federation, Sports Authority of India (SAI), and the Government of Odisha has been the key to our success," Maymol told aiff.com.

AIFF general secretary Kushal Das said in a statement that, "Maymol Rocky has expressed her inability to continue as the head coach of the senior national women's football team owing to personal reasons. We accept her decision and thank her for her contribution to Indian football."

Under her, the Indian team made it to the second round of the Olympic qualifiers for the first time in November 2018. The team won the SAFF Women's Championship title in 2019 and gold at the South Asian Games in Nepal.

With India set to host the AFC Women's Asian Cup for the first time next year, Maymol expressed her best wishes to the team for the tournament.