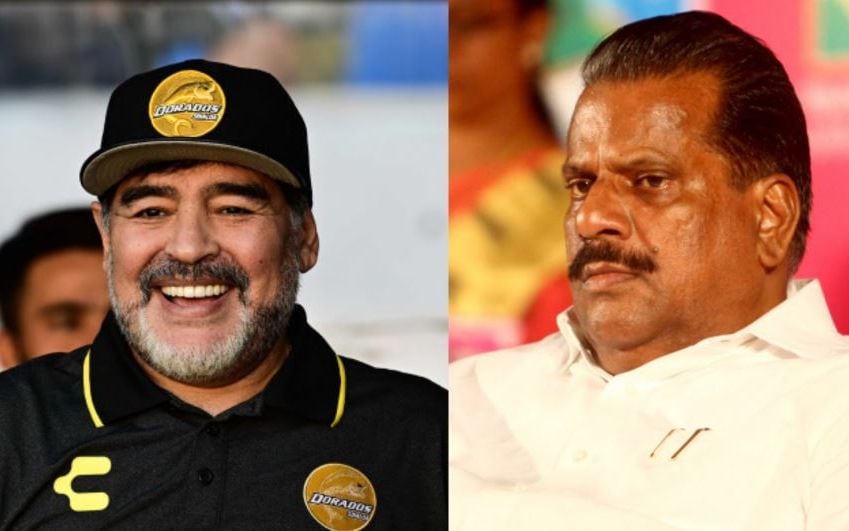 Thiruvananthapuram: Kerala Sports Minister EP Jayarajan condoled the death of legendary Argentinian footballer Diego Maradona who passed away on Thursday at the age of 60. He had a heart attack at his home just two weeks after leaving hospital where he underwent surgery for a blood clot in his brain.

Remembering Maradona, Jayarajan said that even when the footballer was reigning as the legendary king of the game, he always had a commoner side to him. Maradona always had been vocal for his opinions be it in any matter, he added.

“Controversies had always been Maradona’s companion. Though he had to face setbacks in personal life after leaving the field, he made a comeback as coach. But couldn’t live it up to the hopes, “Jayarajan further added.