The Manchester United and England player had pressed the government not to stop a meal voucher program at the end of the school term in July. The 22-year-old has cited his own childhood experience of relying on free school lunches and food banks. 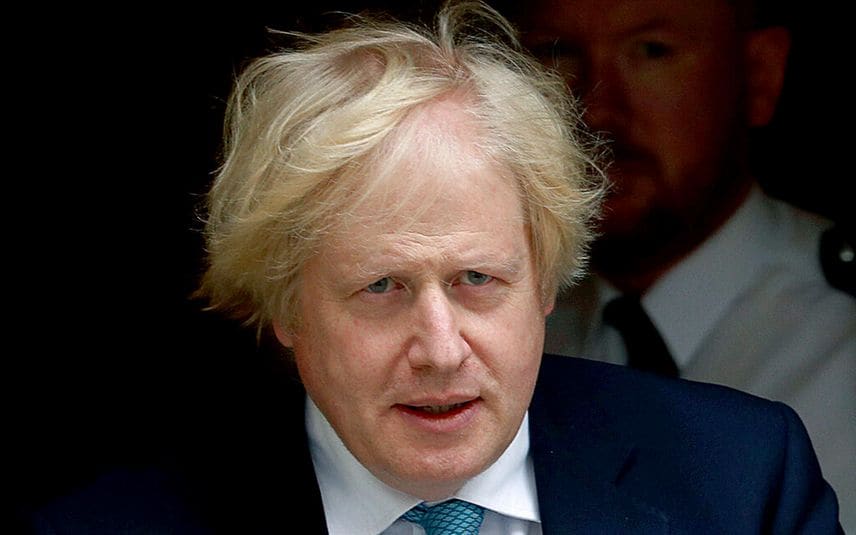 London: British Prime Minister Boris Johnson made an abrupt about-face Tuesday and agreed to keep funding meals for poor students over the summer holidays after young soccer star Marcus Rashford demanded that his government not forget the needs of hungry children.

The Manchester United and England player had pressed the government not to stop a meal voucher program at the end of the school term in July. The 22-year-old has cited his own childhood experience of relying on free school lunches and food banks.

Rashford's campaign drew support from celebrities, opposition politicians and even some members of Johnson's governing Conservatives.

Johnson initially resisted, but the government gave in Tuesday and said it would continue to provide food vouchers over the six-week summer break to 1.3 million children in England from lower-income families who are eligible for free school meals.

After the announcement Rashford tweeted: "I don't even know what to say. Just look at what we can do when we come together, THIS is England in 2020."

The athlete wrote an open letter to all of Britain's lawmakers on Sunday, describing how, as one of five children of a hard-working single mother, "we relied on breakfast clubs, free school meals, and the kind actions of neighbors and coaches."

"A black man from a low-income family in Wythenshawe, Manchester, I could have been just another statistic," he wrote. "Instead, due to the selfless actions of my mum, my family, my neighbors, and my coaches, the only stats I'm associated with are goals, appearances and caps. I would be doing myself, my family and my community an injustice if I didn't stand here today with my voice and my platform and ask you for help."

When schools were shut down in March as part of a nationwide coronavirus lockdown, a food voucher scheme was set up to help ensure they did not go hungry. Vouchers worth 15 pounds ($19) were given to spend each week in supermarkets.

The government now says it will continue the voucher program over the summer in England at a cost of 120 million pounds ($152 million). Authorities in Scotland and Wales have similar plans.

Until Tuesday, Johnson's Conservative government had refused to budge, pointing out that it has earmarked an extra 63 million pounds ($80 million) for local authorities to support vulnerable families.

But Rashford's campaign quickly picked up steam, backed by celebrities, opposition politicians and some Conservative lawmakers nervous that the government was appearing impervious to the struggles faced by many British families during a pandemic in which millions have lost their jobs.

Conservative legislator Robert Halfon, who chairs Parliament's education committee, said after three months of a lockdown that has seen the British economy shrink by over 20% "so many people up and down the country are struggling to keep a roof over their heads and to feed their families."

Halfon said the meal voucher program "is not a lot of extra money … but it's simple, it works and the public understand it."

The government is already facing intense criticism for its response to the coronavirus pandemic. Britain's official death toll of more than 41,000 is the highest in Europe, and the government has been accused of putting the country into lockdown too late, costing thousands of lives, and having inadequate stocks of protective equipment.

Before the policy shift, Rashford had kept up the pressure, tweeting Tuesday: "When you wake up this morning and run your shower, take a second to think about parents who have had their water turned off during lockdown."

Work and Pensions Secretary Therese Coffey replied saying: "Water cannot be disconnected though" and was roundly criticized for such a tone-deaf response.

Rashford replied: "I'm concerned this is the only tweet of mine you acknowledged. Please, put rivalries aside for a second, and make a difference."