Bayern vs PSG: Who will win the Champions League?

Hans-Dieter Flick and Thomas Tuchel are master tacticians. Both play an attacking game but go about it in very different ways. The Champions League final between Bayern Munich and PSG will be a battle of tactics as much as talent. 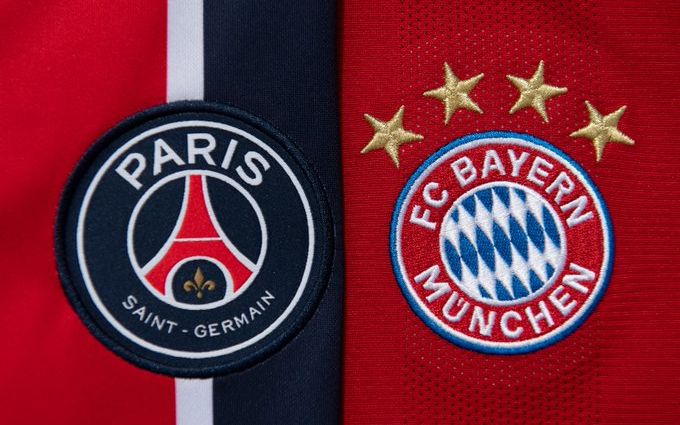 German giants Bayern Munich and French powerhouse Paris Saint-Germain will go head to head in the UEFA Champions League title match. The two German coaches, Bayern’s Hans-Dieter Flick and PSG’s Thomas Tuchel are master tacticians. Both play an attacking game but go about it in very different ways. The sheer amount of talent in the two teams is enough to make it a riveting encounter. But the match will be a battle of tactics as much as talent. Here are some key areas that could make or break for Bayern and PSG.

The Germans champions are the more cohesive team. They press extremely hard and look to win the ball back higher up the pitch. The Bavarians compact the field using a high defensive line, which is easily the highest in Europe. In Manuel Neuer, they have one of the best sweeper-keepers in the world. They are possibly the best in the world in pressing and counter pressing their opponents into mistakes.

The Frenchmen are a possession based team that likes to build play from the back. They rely heavily on their forwards for both creativity and finishing. Individual players give PSG its strength. The Parisians thrive on quick transitions and one-on-one situations where their speedy forward line can cause havoc.

As mentioned earlier, Bayern play a very high defensive line. At times, their centre backs are on the halfway line or either side of the centre circle. This could play into PSG’s hands as they have one of the quickest forwards on earth in Kylian Mbappé. Moreover, both Neymar and Di Maria are also speedsters and could give any great defender a run for his money.

The left side of Bayern’s 4-man backline, consisting of centre back David Alaba and left back Alphonso Davies, is fast and can recover well. Alaba can go toe-to-toe with most forwards even if a ball is played over the top. Davies has the pace and stamina to recover quickly enough even if he is caught out of position.

However, the right side of Bayern’s back line consists of Jérôme Boateng and Joshua Kimmich. The duo is not as fast as their left sided teammates. PSG have been playing Mbappé on the left, Neymar through the centre and Angel Di Maria on the right.

Neymar will drop into the midfield and try to drag a centre back out of position. This could also force the Bayern backline to move up. If Neymar, Di Maria or any of the midfielders can find Mbappé with a through ball or one over the top, Bayern could be in trouble. The 21-year-old Frenchman has scored 30 goals this season.

Boateng had picked up an injury and was replaced by Niklas Süle against Lyon at half time. Boateng is possibly the slowest among the Bavarians but he is fit to play and is likely to start.

Where to play Joshua Kimmich

There are four reasons why Bayern can play Kimmich as the defensive midfielder rather than right back. One is that Benjamin Pavard can play at right back. The Frenchman has pace, athleticism and brings more solidity to the defense than the German. Moreover, Pavard possibly knows his national teammate Mbappé better than Kimmich.

The second reason is that Kimmich is a much better midfielder rather than a right back. He can dictate play from deep and the backline will have much cover than when Thiago Alcântara plays as the midfield anchor.

The third reason is that Pavard being right back and Kimmich being the defensive midfielder will help Bayern switch to a back three during the game. This will allow Bayern’s left back Alphonso Davies to push forward more freely without worrying so much about tracking back.

The fourth and most important reason is actually Neymar. The Brazilian has been playing as a withdrawn forward. Neymar drops deep to collect the ball and link up play. He tries to drag a centre back out of position which in turn creates space for Mbappé to make runs in behind. Neither Thiago Alcântara nor Leon Goretzka is defensively sound enough to mark Neymar out of the game. But Kimmich can do that.

If Joshua Kimmich can keep Neymar quiet, PSG will struggle to create chances Bayern will be able to play how they want. However, Flick is unlikely to change something that is not broken in the first place.

Even if PSG manages to get in behind Bayern’s defense, they have to beat Manuel Neuer. He has been excellent in his customary sweeper-keeper role. The German number one prevented Barcelona and Lyon numerous times from scoring on 1-on-1 situations. In the semi-final, Lyon had several opportunities to take the lead early on in the game. However, it was Neuer who came out on top before Bayern gained a foothold in the match and quickly turned things around.

PSG will be eager for a fast start. But if the Parisians fail to take their chances early on to put Bayern under pressure, it could cost them dearly. PSG could be worried as Neymar in particular has squandered golden opportunities to give his side the lead after being sent through on goal on a number of occasions.

Neymar and Thomas Muller are the hubs for PSG and Bayern. While the Brazilian is the much superior talent, the German has a better all round game and his movement is mesmerising. Both will be given the freedom to move around the pitch as they please and keeping either of them quiet is nearly impossible. Muller’s link up play is excellent and his ability to pop up anywhere in and around the box could be crucial for Bayern. Neymar seems to be shouldering more responsibility than ever for the Parisians this season. A quiet day for Neymar could be more troublesome for PSG than a silent game for Muller would for Bayern.

Flick and Tuchel have deployed two very different midfields that vary in the number of personnel and their style of play. Bayern’s double pivot usually consists of Thiago Alcântara as the deep lying playmaker and Leon Goretzka as the more progressive number eight. Neither the German nor the Spaniard is a defensive minded player. Thiago has had lapses in concentration and is not the strongest of midfielders. PSG could expose their defensive weaknesses.

PSG’s midfield is more destructive than creative. It consists of Marquinhos, who is actually a centre back but is equally at home in the right back or defensive midfield role. The Brazilian will start as the midfield anchor. On the left, Leandro Paredes excelled against RB Leipzig as a press breaking passer. The Argentinian’s ability to draw the opposition out and play penetrative passes could be key against Bayern’s pressing game.

Ander Herrera and Idrissa Gueye are the two options on the right. The Spaniard is disciplined but more creative while the Senegalese is distractive and defensively very solid. Tuchel can also use Herrera to mark Thiago to disrupt Bayern’s build up play from deep.

There is good news for PSG as their best midfielder, Marco Verratti, is fully fit. However, he is unlikely to be able to play 90 minutes of high intensity football. When it comes to midfield, Tuchel has options to pick from while Flick needs to decide on whether to tinker or not.

Robert Lewandowski has been scoring goals for fun with 55 this season. PSG’s priority would be to prevent the Poland international from doing what he does best, putting the ball in the back of the net. That responsibility will likely be on the shoulders of Thiago Silva. The Brazilian will be 36 next month but has been a rock at the back this season. He will be assisted by the athletic Presnel Kimpembe. They are likely to double upon Lewandowski.

PSG’s centre backs are flanked by fullbacks Thilo Kehrer on the right and Juan Bernat on the left. The duo will have their work cut out against Bayern. PSG’s defensive midfielder Marquinhos can act as the third centre back to allow Kehrer and Bernat to push up. However, this is likely to play into the hands of the German team.

Bayern’s front four consists of Thomas Muller playing in behind striker Lewandowski and is flanked by Serge Gnabry on the right and Ivan Perišić on the right. All four interchange positions freely and will be a headache for any defense. The quartet is in good form and could expose the defensive frailties of PSG’s fullbacks.

Moreover, Kehrer will have to be watchful of Bayern’s marauding full back Alphonso Davies. The 19-year-old Canadian is on fire and has become one of the world’s best left backs.

At the time of writing, PSG’s first choice keeper Keylor Navas is set to undergo a late fitness test before the final. He had picked up a hamstring injury against Atalanta in the quarter-final. If Navas is not fit, Sergio Rico is likely to guard the net for PSG in the final just like in the semi-final. The Spaniard is decent but the Costa Rican is undoubtedly one step above in every aspect of goalkeeping. Navas also has a wealth of experience in the competition and at the national level. More importantly, Navas is a commanding figure who brings organisation and calmness to his defense.

Game changers on the bench

Both teams have some fantastic benchwarmers on their side. PSG has the likes of Mauro Icardi, Eric Maxim Choupo-Moting, Pablo Sarabia, Julian Draxler and Layvin Kurzawa to call upon. Bayern has the likes of Philippe Coutinho, Kingsley Coman, Niklas Sule, Javi Martinez, Corentin Tolisso and Lucas Hernandez on the bench.

The Bavarians might have a slight advantage when it comes to substitutes.