Battle for pride between Odisha and Kerala Blasters 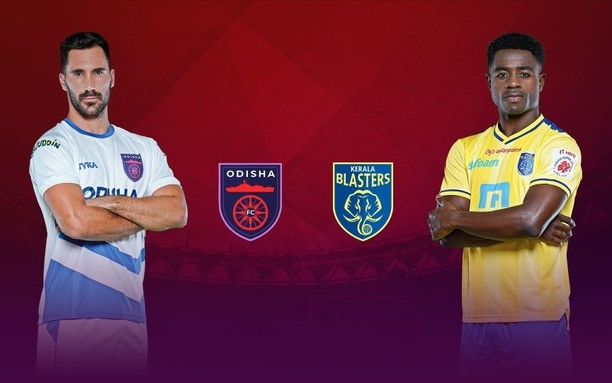 Bhubaneswar: Odisha FC will look to end their league season on a winning note when they host Kerala Blasters FC at the Kalinga Stadium here on Sunday.

The home side's hopes of making it to the play-offs ended on Saturday when Chennaiyin FC pipped Mumbai City FC to finish fourth.

However, Odisha FC, who have 24 points, can do the next best thing by finishing 5th with a win over Kerala Blasters. Three points will help the home team leapfrog Mumbai City who are 4th with 26 points.

Josep Gombau has been proud of the performance from his players throughout the season as he reckons that they have improved.

"We have a good base here. There are good fans. For a young team, for a new team which has just moved to the city, it is good enough to finish fifth. Just the beginning of a very good project. In the next season, the fields will be better, along with the training grounds. The young players will be more experienced," said Gombau.

Manuel Onwu has been a revelation since his loan move from Bengaluru FC. The forward has netted four goals in three outings as opposed to none in over 370 minutes with the Blues.

Meanwhile, Kerala Blasters didn't have a memorable campaign either. Injuries hampered their season with every foreign signing of the club spending sometime on the sidelines. Sandesh Jhingan was ruled out at the start of the season which didn't help their cause either.

Coach Eelco Schattorie was forced to change his starting eleven in almost every match and it was difficult for them to get on a consistent run of positive results given the constant chopping and changing.

No matter the result, Kerala Blasters will end their season in 7th spot. But the Men in Yellow will be eager to end the season with a victory. Their away form has been terrible all season picking up just five points from one victory and two draws on the road.

"This season, we are going to play game number 18 tomorrow and 17 times I had to change the team - not because I want to change but because I had to," said the Dutch coach.

"In the end, we played some very good games. Many teams, after the games, complimented us for the way we played against them. But to really win and have a little bit of luck also, you need to be consistent by playing with the same group for at least 70-to-80 per cent of the games," he said.

Ogbeche has once again shown his class with 13 goals from 15 matches. The onus will once again be on him to lead his troops and end the season on a winning note.

(With inputs from IANS and ISL)