Battered Liverpool have to 'reinvent' themselves, says Klopp 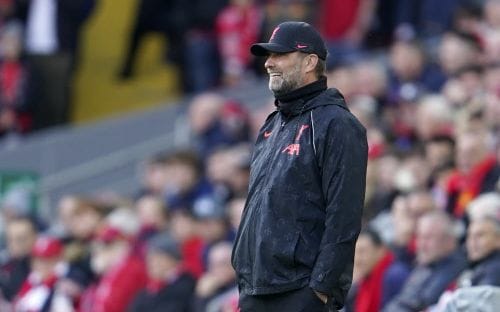 Naples: Liverpool manager Jurgen Klopp said the Reds must "reinvent" themselves after a poor start to the season was compounded by a 4-1 defeat to Napoli in their Champions League opener on Wednesday.

The margin of defeat equalled Liverpool's worst ever in the Champions League and could have been even more severe had Alisson Becker not saved a first-half penalty from Victor Osimhen.

Piotr Zielinski scored twice either side of two well-worked strikes from Andre-Frank Zambo Anguissa and Giovanni Simeone for the Italians to put Napoli 4-0 up early in the second half.

Luis Diaz pulled a goal back for last season's beaten finalists, but the Colombian was one of very few bright sparks on a night that exposed Liverpool's early season problems.

The Reds have won just two of their opening seven games of the campaign and sit seventh in the Premier League, already six points off the top of the table.

"It looks like we have to reinvent ourselves," Klopp told BT Sport.

"There are a lot of things lacking. The fun part is we need to do that in the middle of a Premier League season and a Champions League campaign.

There is little time for Klopp to find solutions with Ajax at Anfield and Chelsea away also to come in the next 10 days before an international break.

"We were not working as a team," added Klopp. "We don't play good enough that's clear, that's obvious and everybody sees it.

"We play in the strongest league in the world and have a strong Champions League group but that's the job to do.

"It's my responsibility. I need time to think about it, it's my job to find it out and we have to reset and go."

Klopp has been hit with a series of injuries to key players and will be heartened by the return of Joel Matip, Thiago Alcantara and Diogo Jota off the bench in the second half.

But left-back Andy Robertson said the whole team has to get back to basics after conceding the opening goal for the fifth time in seven games.

"We're miles too open, you can't come to a place like this and not be compact," said the Scotland captain.

"When you are a team that presses and you miss one challenge you need someone to follow it up and back his mate up.

"But too many times they got turned and had big spaces to get in behind us and caused our centre-backs problems where it was two against two or three against two.

"Away in a Champions League game you can't defend like that. We have to get back to basics and be compact." AFP