Athletic and Real Sociedad join Granada and second division Mirandes in draw for the last four. 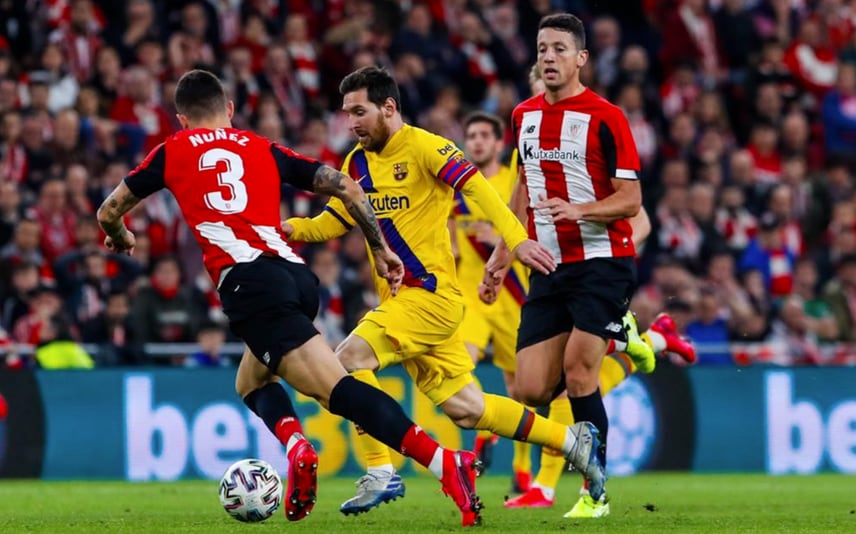 Bilbao: Athletic Club Bilbao and Real Sociedad booked their places in the semifinals of Spain's Copa del Rey after they knocked favourites FC Barcelona and Real Madrid out of the competition.

Inaki Williams' header in the 93rd minute of Athletic's home game against Barcelona on Thursday night saw Athletic through 1-0 after a tense game which saw them withstand second half pressure from Barca, with home keeper Unai Simon making two key saves from Lionel Messi and Antoine Griezmann to keep the scores level, reports Xinhua news agency.

Williams' header, however, sent the 49,000 fans in the San Mames stadium into wild celebrations and produced the second surprise of the day after Real Sociedad beat Real Madrid 4-3 in the Santiago Bernabeu Stadium.

A 22nd minute goal from Martin Odegaard, who is on loan from Real Madrid, put Real Sociedad in front, before two quick-fire goals from the impressive Alexander Isak in the 54th and 56th minute, the first of which was an impressive volley, made it 3-0.

Marcelo quickly gave Real Madrid a lifeline but Mikel Merino's 69th minute strike re-established Real Sociedad's lead, although late goals from Rodrygo and Nacho Fernandez, the second of which came in the third minute of injury time, meant there were a few nervous moments for the visiting fans before the final celebrations.

Athletic and Real Sociedad join Granada and second division Mirandes in draw for the last four.