Ashique Kuruniyan gave the visitors the lead in the 5th minute but Roy Krishna equalised on the half hour mark. David Williams won and converted a penalty in the 63rd minute before scoring the winner in the 79th minute. 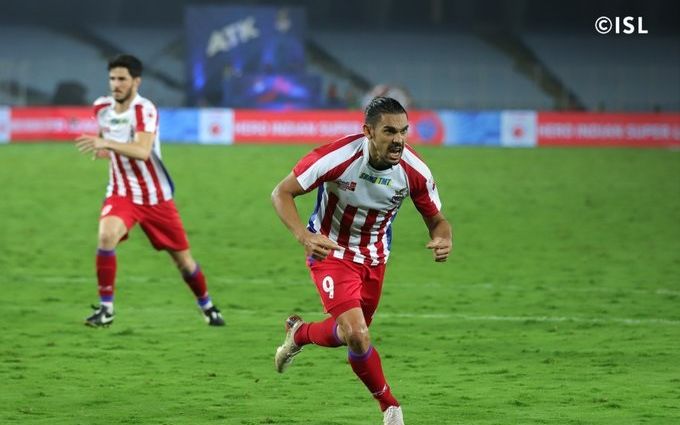 Kolkata: Former champions ATK FC overturned a 1-0 deficit to book their spot in the Indian Super League final with a 3-1 win over reigning champions Bengaluru FC at the Vivekananda Yuba Bharati Krirangan here on Sunday.

Ashique Kuruniyan gave the visitors the lead in the 5th minute but Roy Krishna equalised on the half hour mark. ATK came back strongly in the second half and David Williams won and converted a penalty in the 63rd minute before scoring the winner in the 79th minute.

Bengaluru started the game brightly and Carles Cuadrat’s experiment of turning Ashique Kuruniyan paid off in a matter of minutes. He had acres of space on the right to gallop forward and Sumit Rathi could not handle the winger’s pace.

It was his lung bursting run that resulted in the goal. The threat of Ashique also subdued ATK’s left full-back Michael Soosairaj.

ATK’s answer was their other full-back Prabir Das. He dominated the touchline and Bengaluru FC really missed their left back Nishu Kumar who was suspended.

The two substitutions really took the sharpness out of the Bengaluru attack. With less threat down the wings, ATK made the best use of their strengths. They put the reigning champions under tremendous pressure and got the result.

ATK FC will face Chennaiyin FC at the Jawaharlal Nehru Stadium in Fatorda, Goa on March 14. Both teams have won the title twice.