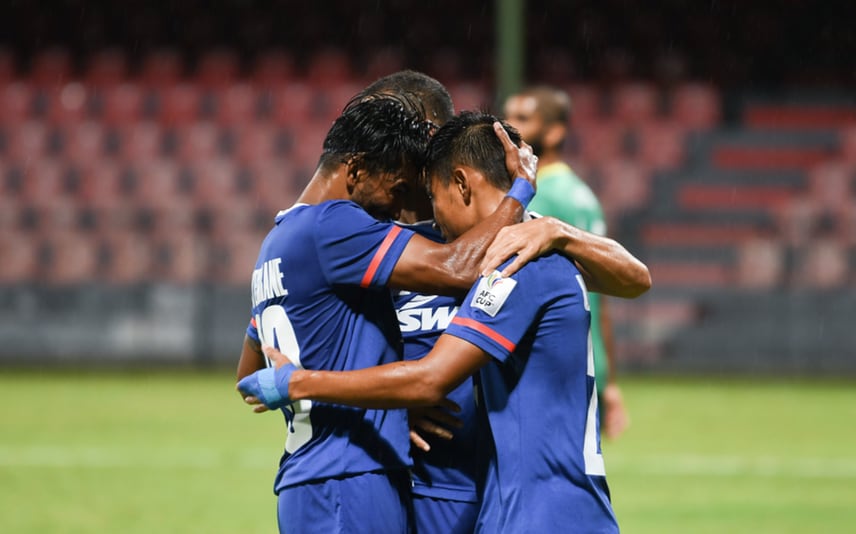 Last year it was Maziya who had shown them the door in their play-off match-up. Bengaluru FC took control of the match on Tuesday night from the word 'go' and at the end of the first half were 3-0 up through goals from Udanta Singh, Cleiton Silva and Leon Augustine. Sivasakthi Narayanan scored once and Bidyashagar Singh twice in the second half. With the win, Bengaluru FC finished third in the group with four points from three games.

Bengaluru FC made quite a few changes to their starting line-up. Chhetri and Yrondu Musavu-King were the notable absentees. Bengaluru FC looked like a different team and made waves early into the game as Udanta opened the team's account in the sixth minute. Sarthak Golui was the architect of the goal as he provided a near-perfect cross into the box from the right and Udanta met the ball with his head and sent it past opposition goalkeeper Hussain Shareef to put his side ahead.

In the 13th minute, it could easily have been 2-0 for Bengaluru FC but Augustine failed to provide the finishing touch onto a pass from the left from Udanta.

Six minutes later, they went 2-0 up. Goalkeeper Shareef came several steps out to catch a ball but he misread its trajectory. The ball landed behind him and Silva ran ahead and pounced on the opportunity to put his name on the scoresheet.

It was not long before Bengaluru FC went 3-0 up. In the 36th minute, Silva found Augustine through a brilliant pass and the latter showed great control on the ball as he ran ahead and slotted it home from the right. Bengaluru FC went into the break leading 3-0 but if truth be told, they could have easily scored another two goals on another day.

Maziya pulled one back in the 67th minute against the run of play. Hamza Mohamed had plenty of time and space to beat Bengaluru FC goalkeeper Gurpreet Singh Sandhu after receiving the ball from well outside the box.

Bengaluru FC responded quickly through substitute Sivasakthi, and in the 70th minute restored their three-goal lead. Udanta provided the cross from the right and the youngster controlled the ball nicely before hitting it into the far corner.