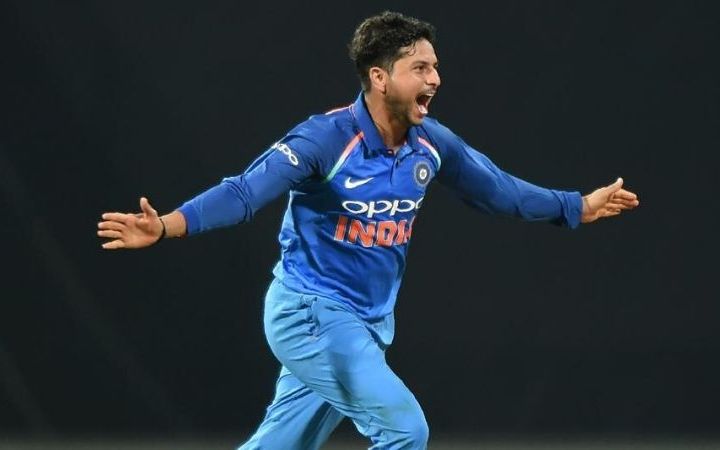 New Delhi: Young leg-spinner Ravi Bishnoi was on Wednesday rewarded with a maiden India call-up for the upcoming Twenty20 series against the West Indies, while senior wrist spinner Kuldeep Yadav also returned to the white-ball setup after a knee surgery.

Skipper Rohit Sharma on the day cleared his fitness test and as reported by PTI on January 17, was back in-charge for the series that starts with ODIs in Ahmedabad from February 6.

Among senior players, Ravichandran Ashwin has been dropped from the white-ball team, while Washington Sundar, who missed the South Africa series due to COVID-19, was back in the squad.

"Jasprit Bumrah, Mohammad Shami have been rested from the series," BCCI secetary Jay Shah was quoted as saying in a press release.

While Ashwin is believed to be injured and out for six weeks, BCCI statement didn't mention his injury status so it can be concluded that even if he is fit, he wouldn't have been picked after an indifferent white-ball series in South Africa.

The other notable comeback has been Baroda batter Deepak Hooda, who had changed states and did wonderfully well for Rajasthan in the Syed Mushtaq Ali Trophy as well as Vijay Hazare Trophy.

Hooda is being looked as a potential finisher in shorter formats and for now in the ODI team. He was part of the Nidahas Trophy squad in Sri Lanka four seasons back but didn't get a game.

"If you go and look at Hooda's performances in white-ball cricket this season, most of his runs have come when the team has been in trouble. That shows he can take pressure. The selectors would like to see more of M Shahrukh Khan, who is a good talent. There are a lot of matches and if he has a good IPL, who knows, he will be right there," a BCCI source informed PTI on condition of anonymity.

However it is understood that Himachal Pradesh captain Rishi Dhawan wasn't in consideration as his bowling is friendly medium pace and can't be seen as a finisher in white-ball cricket.

It is also learnt that vice-captain KL Rahul will be available from the second ODI onwards as he is set to miss the first 50-over game due to personal reasons.

He primarily bowls googlies which is his stock delivery and occasionally bowls leg-breaks. With Kuldeep, Yuzvendra Chahal and Bishnoi, India is again going back to the trusted formula of wrist spin which gave them lot of success between 2017 to 2019.

Bhuvneshwar Kumar has been dropped from the ODI squad but retained for the T20Is while former skipper Virat Kohli featured in both the teams.

It is understood that Kuldeep, who had lost his mojo in the Kohli-Ravi Shastri era, has been called back as the current team management and selectors feel that he has the X-factor to contribute to the team's cause.

He underwent a knee surgery in September last year.

Avesh Khan and Harshal Patel, who were part of the New Zealand T20 Internationals are predictably back as reported by PTI.

The six-match series against the West Indies will feature three ODIs starting in Ahmedabad from February 6, followed by as many T20 Internationals in Kolkata.

Due to COVID-19 protocols, the BCCI has curtailed the number of venues from six cities to two.