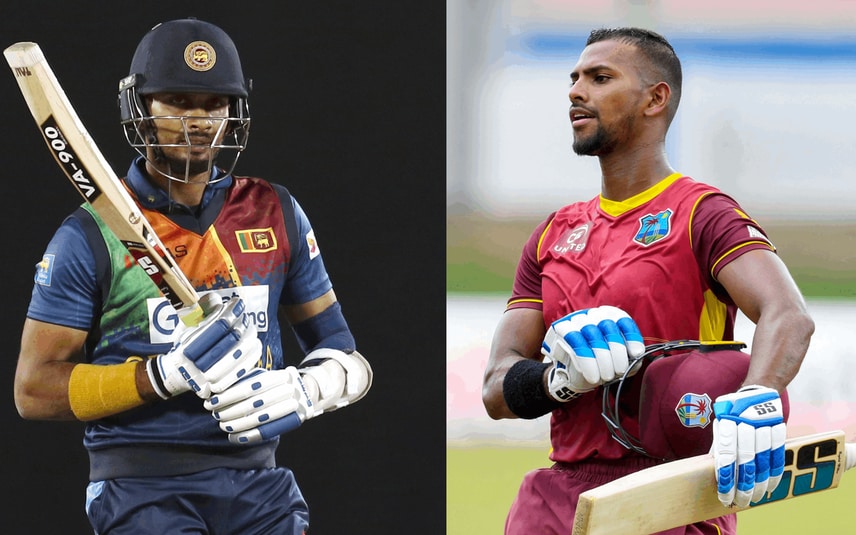 Brisbane: West Indies is the only team to win the Twenty20 World Cup twice, and 2014 champion Sri Lanka is the only three-time finalist in the championship for international cricket’s shortest format.

Even with those credentials, two of the game’s traditional entertainers are having to go through a preliminary stage with the lower-ranked teams to earn a spot in the T20 World Cup’s main round.

The tournament before the tournament starts Sunday, with Sri Lanka, coming off victory in the Asia Cup, opening Group A against Namibia at Kardinia Park in Geelong, west of Melbourne.

Nicholas Pooran will lead his West Indies lineup out against Scotland at Hobart in Group B on Monday, about the same time defending champion Australia has a scheduled practice match against India, the inaugural T20 champions in 2007.

“As a group we’re doing well, putting our ego aside, trying to move toward a team plan,” Pooran said after his team lost a two-game warmup series against Australia last week in Queensland state. “By the time of the World Cup ... we’ll be ready.”

Provided the West Indies and Sri Lanka finish in the top two in their four-team groups next week, they'll join the top eight-ranked teams in the Super 12 stage. That kicks off Oct. 22 with a 2021 final rematch between Australia and New Zealand in Sydney and features another intense derby the following day in Melbourne between India and Pakistan.

Jos Buttler's England squad starts its bid to become dual white-ball world champions — they want to add the T20 trophy to their 50-over World Cup title in 2019 — against Afghanistan on Oct. 22. South Africa, aiming for its first global limited-overs cricket title of any kind, and Bangladesh are the other two teams already qualified.

The Australians have had less than a year to savor their first T20 world title, overcoming a group-stage loss to England and hot-and-cold form in the preparation phase to beat Pakistan in the semifinals and New Zealand in the final last November.

The 2022 final is scheduled for Nov. 13, two years after Australia was originally scheduled to host the tournament before it was postponed because of the COVID-19 pandemic.

The first phase includes eight teams seeded into two groups, with the top two advancing to the Super 12s and maintaining a shot at the title.

A Sri Lanka lineup led by Dasun Shanaka and featuring leg-spinner allrounder Wanindu Hasaranga should dominate Group A, which contains Netherlands and United Arab Emirates as well as Namibia. Group B is likely to be a tougher contest, with Ireland and Zimbabwe joining West Indies and Scotland.

It's been 10 years since the West Indies won their first T20 championship and Pooran is determined to make it back to the playoffs after a disappointing group-stage exit last year at the tournament played in United Arab Emirates and Oman but officially hosted by India.

Johnson Charles was a young batter in that winning squad in 2012, was also involved in the 2016 title and now he's back as a veteran.

“Ten years later it’s about trying to make it happen again for the people of the West Indies," he said. “It feels good to be back and be part of the team as we look to make it three in 10 years. No other team has won it twice, so we have a rich legacy.”

The Windies showed some flashes of brilliance in a warmup series against Australia earlier this month before losing both games. Wicketkeeper-batter Pooran's form will be crucial to the success of his team, along with top-order batter Brandon King and the bowling group containing paceman and former skipper Jason Holder and left-arm spinner Akeal Hosein.

Scotland has had limited opportunities for match time since making the Super 12s for the first time at the last tournament and will likely struggle against the more experienced teams.

Zimbabwe won five consecutive games to top the World T20 qualifying tournament on home soil and returns to the global event for the first time since 2016. First-round rivals will be wary given Zimbabwe's history of producing upset results, including a five-wicket win over Australia at the inaugural event.

Zimbabwe opens Monday in Hobart against Ireland, which had some narrow losses to India and New Zealand in white-ball series before edging Afghanistan 3-2 in a T20 series at home in August.

“We’ve had some great battles against Afghanistan, but I think this one was especially significant given the format," Ireland wicketkeeper-batter Lorcan Tucker said. “To turn the past on its head and get a series win just before a World Cup was pretty inspiring.”

Timing is everything with the new regulations introduced since the last T20 World Cup — the biggest being the in-match penalty for slow over-rates.

The failure of the fielding team to bowl their scheduled overs on time now leads to an additional fielder being forced inside the in-field circle for the remaining overs of the innings. That can leave some wide-open spaces in the outfield just when batters are trying to slog boundaries.

Also, there'll be no more wires crossed when it comes to which batter takes strike after a catch is completed. Under the old rules, if the batters crossed before the ball was caught, the new player to the crease could go to the non-striker's end. Under the revision, the incoming batter must always go to the striker's end. That nullifies one of potential tactic of getting an in-form batter on strike during partnerships with tail-enders.

In other changes, umpires will have the authority to award five penalty runs to the batting seem if a fielder is deemed to have moved unfairly or deliberately distracted a batter while the bowler is in the run-up phase; and run-out regulations have been clarified to remove the “unfair play" section — and any ambiguity — when it comes to bowlers running-out batters who are out of their ground at the non-striker's end. AP