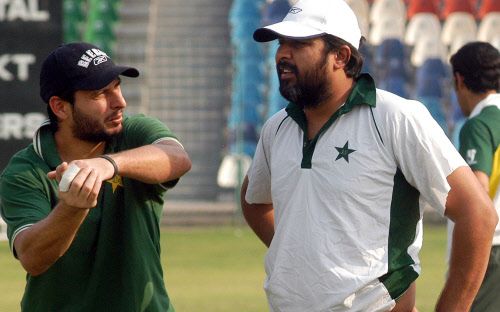 The much anticipated Legends League Cricket T20 of retired international cricketers, scheduled to be held by the end of the year, will be played in six Indian cities - Kolkata, Lucknow, Delhi, Jodhpur, Cuttack and Rajkot.

The second edition will feature some well-known legends, including Sourav Ganguly, Mohammed Kaif, Brett Lee, Dale Steyn, Jacques Kallis, Virender Sehwag, Irfan Pathan, and many more. However, it is still unclear how Pakistan players will be granted permission to play in India, considering the ongoing restrictions imposed by the Union government.

Earlier, the Indian government said they severed ties with the neighbours until they took measures to stop supporting and financing terrorists. Based on this, Pakistan players were banned from playing in the Indian Premier League. With the announcement of the LLC, it is still unclear how Pakistan stars like Shoaib Akhtar, Shahid Afridi, and others will be drafted into the teams.

Kashmir Premier League (KPL), organised by Pakistan Cricket Board, also took the decision to ban all cricketers in KPL from playing any form of cricket in India.

The first season of the league was played in January this year in Muscat between three teams - India Maharajas, World Giants and Asia Lions - and comprised seven games. In Season 2, the format will have four Franchise owned teams. There will be 15 matches in league season 2, and they will be played in these six cities.

More than 60 players have confirmed their participation from all across the globe. It is hoped that more iconic players will join in the coming weeks. The total pool would be 100+ players for the Season's Draft event.