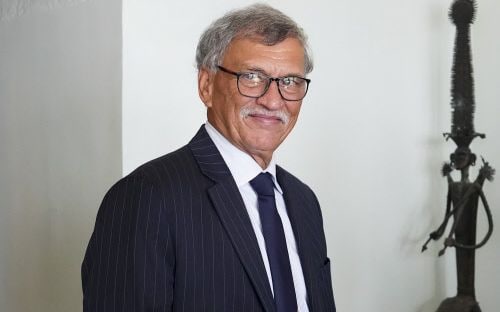 Mumbai (Maharashtra): Newly elected BCCI president Roger Binny said that he wants to primarily focus on the prevention of injuries to the players and the pitches in the country.

Former India fast bowler Roger Binny succeeded Sourav Ganguly as the new President of the Board of Control for Cricket in India (BCCI). The 1983 World Cup winner will be the 36th chief of the Indian cricket board.

The 91st Annual General Meeting of the Board of Control for Cricket in India (BCCI) was held in Mumbai. Notably, Binny was the only candidate to have filed a nomination for the top post.

"As the BCCI president, I want to primarily focus on two things. First is the prevention of injuries to the players. Jasprit Bumrah got injured just before the World Cup, which affected the whole plan. Second, I want to focus on the pitches in the country," BCCI president Roger Binny told ANI.

Jay Shah will continue to serve as the BCCI Secretary. Ashish Shelar has been appointed as BCCI Treasurer. Rajeev Shukla will be the vice president, whereas Devajit Saikia will be the joint secretary.

Binny has represented India in 27 test matches and 72 ODIs. The right-arm pacer bagged 47 wickets in tests while also picking 77 in ODIs. He was a crucial contributor to India's first-ever World Cup victory being the highest wicket-taker for India in the 1983 World Cup with 18 wickets.

The International Cricket Council's presidency, however, was not a topic of conversation (ICC) during the AGM. At the upcoming board meeting in Melbourne, the new ICC chairman will be chosen.

The ICC chairman nomination deadline is October 20, making it doubtful that the BCCI will submit its own candidate for the post.