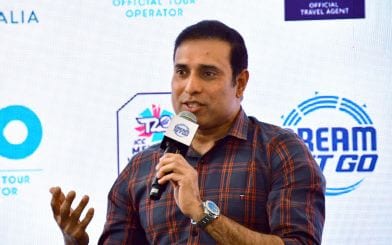 Southampton: Former Indian batter VVS Laxman is likely to coach the Indian team in the opening T20I against England in Southampton, as per sources.

Laxman, who is currently the chief of the National Cricket Academy (NCA), accompanied Team India as its coach during its two T20I match series against Ireland, in which two matches were played on July 26 and July 28. Laxman had accompanied the team as a coach because the regular head coach Rahul Dravid travelled with India's squad for their tour of England, which started from July 1 onwards.

India and England are currently playing the fifth and final Test of the series at Edgbaston in Birmingham. Both teams will square off in a three-match T20I series from July 7 onwards. Both sides have announced their squads for the series.

After Ganguly and Dravid, VVS Laxman too at the helm of Indian cricket