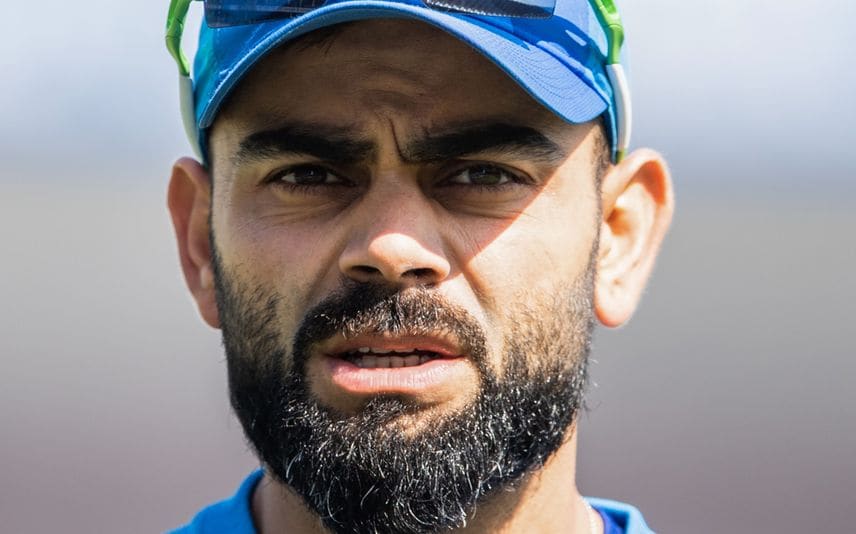 Perth, Australia: Superstar India cricketer Virat Kohli said Monday said he was "paranoid about his privacy" after a stranger appeared to have filmed inside his hotel room in Perth.

The 33-year-old Kohli took to social media to slam the actions of the invader, who took video footage of the batsman's belongings at the Crown Perth as India prepared for the T20 World Cup in Australia earlier this month.

"I understand that fans get very happy and excited seeing their favourite players and get excited to meet them and I've always appreciated that," Kohli wrote to his 221 million followers on Instagram.

"But this video here is appalling and it's made me feel very paranoid about my privacy."

The hotel said it had launched an investigation and a contractor had been "stood down".

"If I cannot have privacy in my own hotel room, then where can I really expect any personal space at all??." said Kohli.

"I'm NOT okay with this kind of fanaticism and absolute invasion of privacy. Please respect people's privacy and not treat them as a commodity for entertainment."

Crown Resorts apologised for the breach and said immediate action had been taken.

"We are aware of an incident involving a contractor and the privacy of a guest at Crown Perth," a Crown Resorts spokesperson told AFP.

"We unreservedly apologise to the guest involved and will continue to take the necessary steps to ensure this remains an isolated incident.

"We have zero tolerance for this behaviour, and it falls well below the standards we set for our team members and contractors.

"Crown took immediate steps to rectify the issue, including launching an investigation, standing down the individuals involved.

"The original video was also swiftly removed from the social media platform.

"We are also cooperating with the Indian Cricket team and the International Cricket Council to convey our apologies and will continue to work with them as we progress our investigation."

The International Cricket Council said: "The ICC is incredibly disappointed by the gross invasion of privacy suffered by a member of the Indian travelling party at the Crown Perth, during their team's pre-event preparation ahead of the ICC Men's T20 World Cup 2022.

"We continue to work with event hotels and security providers to ensure that this remains an isolated incident and player privacy is fully respected at all times."

Kohli has been in blazing form with two match-winning unbeaten half-centuries at the tournament but fell for 12 in his team's loss to South Africa in Perth on Sunday.