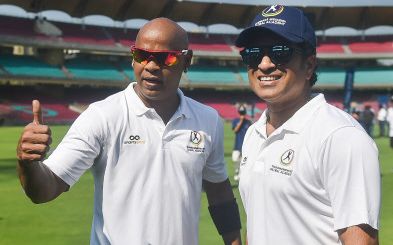 In a surprising move, former Indian cricketer Vinod Kambli on Wednesday revealed that he struggles financially and is solely dependent on the BCCI pension to support his family.

Kambli, who holds a close relationship with Sachin Tendulkar, said that he "does not expect anything from him (Sachin)," and "he knows everything." He added that he is thankful to master blaster for giving him a job as a coach at TMGA (Tendulkar Middlesex Global Academy) and being "a very good friend," to him.

The former Indian international player who last worked as the coach in the 2019 T20 Mumbai League, appealed to the Mumbai Cricket Association(MCA) to employ him in any capacity so that he could look after his family. Currently, BCCI gives him a pension of Rs 30,000.