U19 World Cup final: India scoring at a slow rate despite Jaiswal's 50 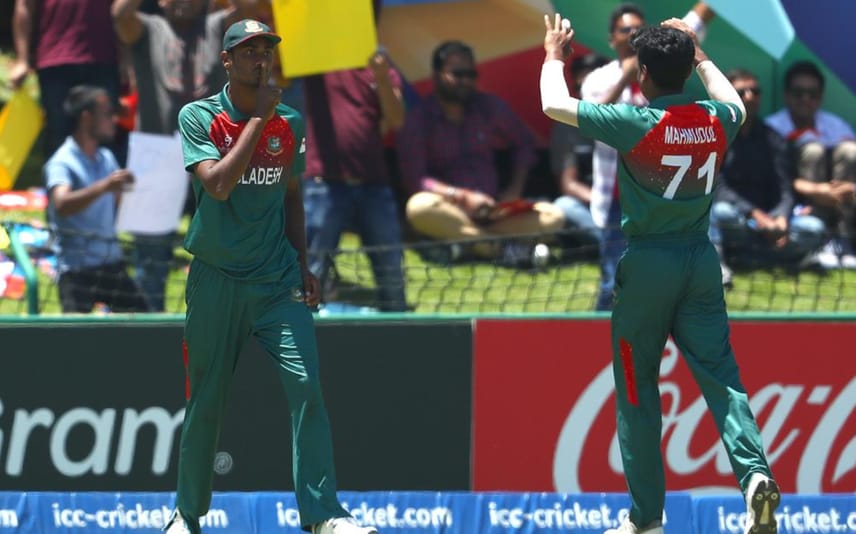 Potchefstroom (South Africa): India are three down for 140 in the final of under 19 world cup final against Bangaladesh. Yashasvi Jaiswal is leading the Indian innings with an unbeaten half century.

Jaiswal's partnership with Tilak Varma steadied the innings after the early fall of opener Divyansh Saxena (2). Following the departure of Tilak, skipper Priyam Garg steeped in to the crease, however he could not contrubute much towards the total and was dismissed for 7 by Rakibul Hasan.

Bangladeshi bowlers kept their line and length early in the innings, making it hard for Indian batsmen to play their shots. Rakibul Hasan, Avishek Das and Tamzim Hasan Shakib picked up a wicket each in the innings.

Earlier, Bangladesh won the toss and chose to bowl first. Bangladesh are looking for their maiden title in what is their first ever final while favourites India are looking to win a record extending fifth.

India have thus far won all matches they have played in the tournament. In the semi-final, a century from Yashasvi Jaiswal and a fifty from Divyaansh Saxena helped them beat Pakistan by 10 wickets to cruise to the title clash.

ICC U19 WC: India off to winning start, defeat SA by 45 runs