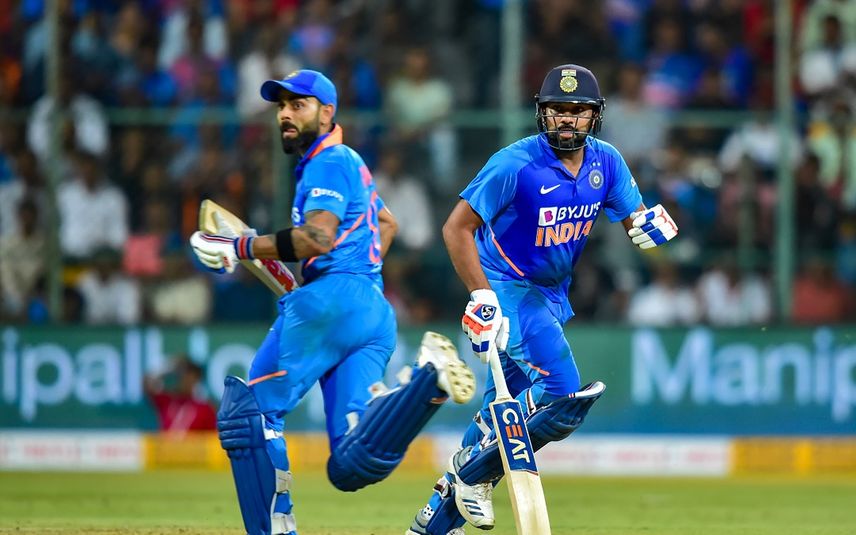 Kohli had last scored a century in 2019 against Bangladesh in a day-night Test at the Eden Gardens and since then the batter has failed to reach 100 in any format.

In the West Indes series too, Kohli scored 26 runs and got out for a duck in the third ODI on Friday. But when skipper Rohit was asked about Kohli's form, the opening batter said he is not worried about the form.

"Does Virat Kohli need confidence? What are you talking about? (chuckles) I think not scoring 100 is a different thing but he played a series in South Africa and scored two half-centuries in three matches. I don't see anything wrong. And the team management is not at all worried about that," said Rohit Sharma in the press conference.

"What we were worried about was, you know, how we will be challenged in the middle overs and I thought our middle overs batting in this series was really good," he added.

Shreyas Iyer's 80-run knock and a joint effort from the entire bowling unit, helped India defeat West Indies by 96 runs in the third and final ODI here at Narendra Modi Stadium on Friday.

Speaking about the middle order, Rohit lavished praise on India's bench strength and said it's a good headache to have stiff competition in the batting line-up.

"We've got a lot of candidates for that numbers and it's a good headache to have and a good competition within themselves to come out and play and perform. If you see that's probably why I mentioned about that middle order," said Rohit.

"Everyone in the middle-order, whenever they got an opportunity to bat, they performed and they got the runs as well. And they batted in difficult situations as well.

"In the last two games, we were 40-3 odd and then we had to build the innings. In both games, we managed to do that so it's a good sign moving forward," he added.

India won the ODI series 3-0 against West Indies. Both the teams will now be facing each other for the T20I series in Kolkata, starting from February 16. ANI