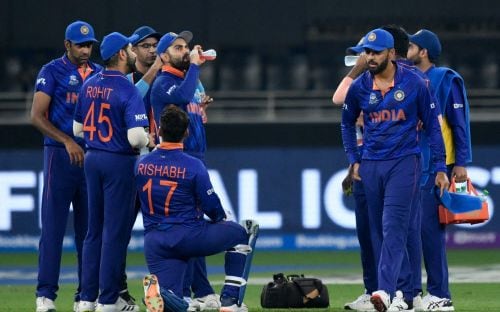 PAARL: South Africa won the first one-day international against India by 31 runs on Wednesday to follow up its test series win with a strong start to the limited-overs contest.

Captain Temba Bavuma and Rassie van der Dussen both made centuries in South Africa's 296-4 after the hosts won the toss and chose to bat first in Paarl. Bavuma hit 110 and van der Dussen made an impressive 129 not out off just 96 balls.

India made a promising start to reach 152-2 with 79 by opener Shikhar Dhawan and 51 from Virat Kohli in his first game since giving up the test captaincy after India lost to South Africa 2-1 in the test series last week.

But Kohli's dismissal to a mistimed sweep off spinner Tabraiz Shamsi started a run of wickets, leaving India at 214-8.

Shardul Thakur did his best to raise India at the end with 50 not out off 43 balls but the tourists only managed 265-8 in their 50 overs.

India made five changes to the team that lost the third and final test in Cape Town. Venkatesh Iyer came in for his debut and Dhawan, Shreyas Iyer, Bhuvneshwar Kumar and Yuzvendra Chahal were also brought in.

South Africa rested fast bowler Kagiso Rabada for the ODI series but seamers Lungi Ngidi and Andile Phehlukwayo and legspinner Shamsi did the job with two wickets each.

Wicketkeeper-batsman Quinton de Kock was also back for South Africa after his surprise decision to retire from test cricket earlier in the tour. He made 27 opening the batting.

The second ODI is in Paarl again on Friday with the final game in Cape Town on Sunday.