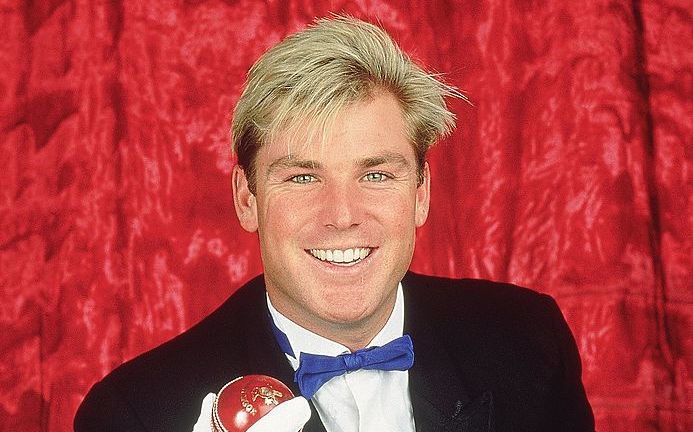 Shane Warne mixed legendary cricket deeds with lurid headlines away from the pitch in a career as bewitching as his famed wrong 'un.

Warne, who has died at the age of 52 from a suspected heart attack, was never one for half-measures throughout his extraordinary 15-year Test career.

The greatest leg-spinner of them all carved out a flamboyant lifestyle cast outside the mould of a traditional cricketing icon, often putting himself at odds with the game's purists.

Vainglorious Warne did things his way and will be remembered for his dalliances and forthright opinions as much as for his pioneering 708 Test wickets in a 145-Test career that made him the scourge of batsmen worldwide.

Warne is entrenched in Australia's sporting pantheon -- in the eyes of many he is second only to cricket's immortal Don Bradman.

Yet his achievements are tempered for some by his penchant for a zesty private life, including at one point being engaged to British actress Liz Hurley.

But Warne's contribution to cricket is not in doubt, notably after he resurrected the waning art of leg-spin, becoming the first bowler to take 700 Test wickets and delivered the most famous ball in the sport's history.

- 'Ball of the century' -
Warne posted inauspicious figures of 1-150 in his 1992 Test debut but knuckled down under spin guru Terry Jenner. Eighteen months later, Warne riveted the cricketing world with the "ball of the century" against England.

Warne's first leg-break delivery in an Ashes Test turned viciously to bamboozle England's Mike Gatting at Old Trafford in 1993 that heralded the arrival of a cricketing superstar.

He was a master of mind games, targeting batsmen ahead of a series and warning he was working on a new mystery ball to bowl out his "bunnies" in the opposition line-up.

He gave a man-of-the-match performance when Australia won the World Cup in 1999, and was known for a sharp and inventive cricketing brain which saw him long touted as Australian Test skipper.

But even Warne himself once described his life as a soap opera, such was the litany of off-field controversies.

"Warney", also nicknamed "Hollywood", survived drug and bookmaking scandals and pursued an energetic love life which is widely thought to have cost him the Australian captaincy.

In 1998 it emerged that Warne and Australian team-mate Mark Waugh had been fined three years earlier for supplying information to an Indian bookmaker.

Warne was stripped of the Australian team vice-captaincy in 2000 after it emerged he had bombarded an English nurse with lewd text messages after meeting her in a nightclub.

A series of infidelities culminated in his very public break-up from his wife of 10 years, Simone, with whom he had three children.

- Success despite scandals -
And yet his performance in Australia's failed Ashes campaign in England in 2005 is regarded by some pundits as the pinnacle of his career, when he overcame his disintegrating marriage and a tabloid frenzy to take 40 wickets.

He also missed the 2003 World Cup in South Africa after he tested positive on tournament-eve for a banned diuretic -- a weight-loss pill sometimes used to mask steroids -- in a drug scandal which saw him banned for a year.

Warne returned to Test cricket in March 2004 but never again played international one-day matches, instead preferring to concentrate on the longer form of the game.

Warne continued playing after ending his Test career in January 2007 and scripted a title triumph with a rag-tag Rajasthan Royals team in the Indian Premier League's first edition in 2008, highlighting his nous and motivational skills.

But his final season in charge of Rajasthan in 2011 did not offer his hoped-for fairy-tale finale.

He started well, initially managing to fox batsmen with his turn and flight, but gradually lost his rhythm as even inexperienced youngsters began hitting him for sixes with ease and regularity.

He had an ugly spat with a local cricket administrator, a tiff with Indian superstar Sachin Tendulkar, and appeared dejected in his final matches after criticising the pitch used at home games.

Warne then returned home to help launch Australia's Big Bash League, and was instrumental in lifting the profile of the domestic Twenty20 league in its first two seasons as one of its biggest drawcards.

Warne was inducted into the International Cricket Council Hall of Fame at Lord's in 2013, just days after finally calling time on his career. AFP