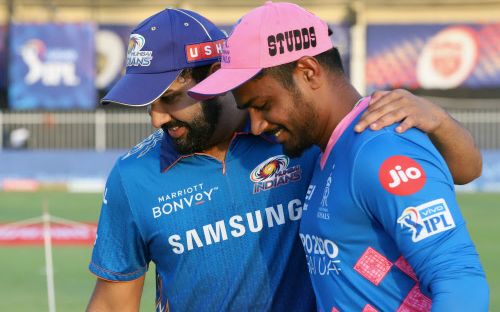 The team management has decided to move on from Saha and 100-Test plus Ishant and chances were dim for both Pujara and Rahane to retain their places.

On Saturday, chairman of selectors Chetan Sharma made it clear that "Rohit was the unanimous choice" and will be the bridge between the new and old in the current set-up as they groom three potential captaincy materials in KL Rahul, Jasprit Bumrah and Rishabh Pant.

All three have led or been deputy at some point.

Washington Sundar and KL Rahul are nursing their hamstrings before start of Indian Premier League.

Kuldeep Yadav, who was dumped by Virat Kohli and Ravi Shastri, has been brought back from the cold as he made his return into Test team.

Sanju Samson's start-stop international career got a lifeline in the T20s against Sri Lanka. Pant along with Virat Kohli has been rested while rookie left-arm spinner from Uttar Pradesh Saurabh Kumar made his maiden entry into Test side.

Rohit the only choice

While it was known long back after Kohli tendered his resignation from Tests, Rohit's emergence as Test captain is a remarkable story of grit and determination. Once considered someone who would have a great Test career, opening the innings changed the course of his career. After the England Test tour, there was no looking back.

"Rohit Sharma is number one cricketer of our country and the most important thing is that he is playing all the three formats," Sharma made it clear that he was the "unanimous choice" and there was no discussion about any other names.

He made it clear that even Rohit will get his breaks periodically as the body needs rest and that's something they will manage.

"The most important thing is how we manage Rohit. All the cricketers are professionals. They know their body and they manage their body and Rohit is absolutely (fit), there is no problem at all," he added.

Three vice-captains to be groomed

Under Rohit, the aim is to groom new captains and it became clear that KL Rahul after a poor show in South Africa is no longer the automatic heir apparent.

"...and if such a big cricketer comes forward, if such an experienced player becomes a captain, then automatically, the things that we as a selection committee want, grooming captain under Rohit, will be tremendous thing for us," Sharma outlined his committee's vision.

He did take three names who have either led or been deputy in the past few months, saying the trio of Bumrah, Pant and Rahul will be groomed by Rohit.

"We made KL the captain in South Africa. Bumrah was the deputy in South Africa and again for Sri Lanka series. In West Indies T20s, we had Rishabh as vice-captain. These are potential leaders to be groomed under Rohit.

"Yes, it is difficult to say who will be next captain but we are sure a name will emerge," the former fast bowler said.

Sharma tried to soften the blow about exclusion of Pujara, Rahane, Saha and Ishant but if one looks at Indian team's Test calender for the year 2022, there is hardly any chance for these four of making a comeback.

There are two Tests versus Sri Lanka, one in England and two against Bangladesh in 2022 and early 2023, India hosts Australia at home for four Tests.

As it has been this committee's policy, they will give Hanuma Vihari (replacement of Pujara) and Shubman Gill (replacement of Rahane) full chance to settle in middle-order. After these two in pecking order comes Shreyas Iyer, who also needs to get a go.

In case of Ishant, the team management has identified two possible replacements -- Prasidh Krishna and Avesh Khan while Kona Bharat with better batting skills and very competent glovework is way ahead of Saha and will get chances if Pant isn't around.

So there is no chance for the quartet to make a comeback.

"Selection committee after a long deliberation has come to this decision, we have spoken to them (Pujara and Rahane) earlier and we have told them that we will not consider them for the two matches against Sri Lanka," Sharma was crystal clear.

However, he tried to give some ray of hope that may be after a good Ranji Trophy, they will get back.

"The doors are open for them. There is no problems and we told them to play Ranji Trophy and that is the best part on both of us that such senior cricketers are going and playing Ranji Trophy," Sharma added.

End of the road for Saha

But he agreed that in case of Saha, his age (37 and half) is also a factor.

"Look, age isn't something we give a lot of credence. On what grounds Wriddhi has been dropped, we can't tell you.

"But there comes a time when you start thinking about youngsters when you don't play for long. Also I don't know why Saha is not playing Ranji Trophy. That's not my jurisdiction and that's what state unit must look into," the World Cup hat-trick man said.

For Sharma, everyone who is on the bench for a long time needs to go back to Ranji trophy and prove what they have to offer.

"That's why we want players to go and play Ranji Trophy if you are not playing international or rested due to workload management or injured and undergoing rehabilitation."