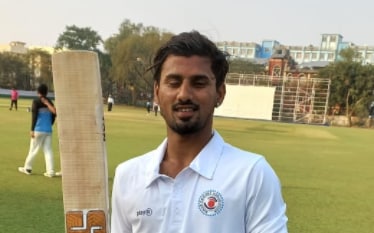 On Day 1 of the Ranji Trophy on Thursday, Ajinkya Rahane scored a century for Mumbai in the match against Saurashtra.