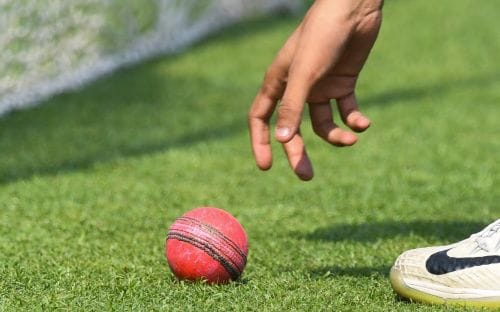 Chennai: A landmark moment in the history of Ranji Trophy came on Thursday as Railways and Jammu and Kashmir stepped out to the field to play the 5000th game of the tournament.

Railways and Jammu and Kashmir are locking horns in an Elite Group C encounter here at the Indian Institute of Technology Chemplast Ground, Chennai.

Ranji Trophy returned after a hiatus of two years, and the tournament began on February 17 this year. It was scheduled to begin in January this year, but it had to be postponed because of the rising COVID-19 cases.

The competition is named after the first Indian cricketer who played international cricket, Ranjitsinhji, also known as 'Ranji'.

Ranji Trophy was launched following in July 1934 and the first set of matches took place in 1934-35.

The first match of the competition was held on November 4, 1934 between Madras and Mysore at the Chepauk ground in Madras.

It is still too early to compare Babar with one of all time greats Virat: ...

Rahul Dravid tested positive for Covid ahead of Asia Cup