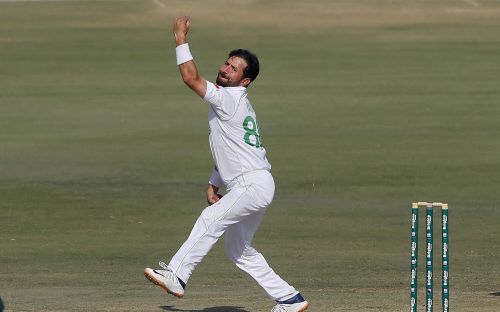 In a stunning delivery, Pakistan leg-spinner Yasir Shah nearly recreated the "Ball of the Century" bowled by late Australian legend Shane Warne on Monday during the first Test match against Sri Lanka in Galle International Stadium.

Yasir pitched the ball just outside leg stump to batter Kusal Mendis before it turned to hit the off stump. The Ball of the Century was bowled by Shane Warne to English batter Mike Gatting on 4 June 1993, the second day of the first Test of the 1993 Ashes series, at Old Trafford in Manchester.

Sri Lanka was 257 for seven at tea with Dinesh Chandimal, on 34, and Ramesh Mendis, on 19, batting on a turning pitch at the Galle International Stadium.