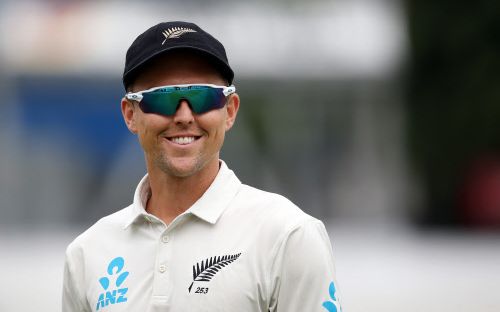 Wellington: Leading New Zealand fast bowler Trent Boult has been released from his contract with New Zealand Cricket to spend more time with his young family.

Boult has taken 317 wickets in tests and 169 in one-day internationals and with his new ball partner Tim Southee has played a major role in the recent successes of a New Zealand team which won the inaugural World Test Championship and reached the finals of the last two ODI World Cups.

The 33-year-old left-arm paceman recently has been in discussions with national cricket officials about the increasing burden of touring overseas with a young family at home.

“We respect Trent’s position,” NZC chief executive David White said Wednesday. “He’s been completely honest and up-front with us about his reasoning and, while we’re sad to be losing him as a fully-contracted player, he leaves with our best wishes and our sincere thanks.

“Trent has made a massive contribution to the Black Caps since his test debut in late 2011 and is now considered one of the best multi-format cricketers in the world. We’re very proud of what he’s achieved.”

Boult will still be eligible to be selected for New Zealand, though it is likely priority would be given to contracted players.

“We’ve had several conversations and I know Trent understands that, in terms of selection, NZC will continue to make a priority of those players with either central or domestic contracts," White said.

Boult said he understands the implications of his decision.

“I still have a big desire to represent my country and feel I have the skills to deliver at international level," he said. "However, I respect the fact that not having a national contract will affect my chances of selection.

“Having said that, as a fast bowler I know I have a limited career span and I feel the time is right to move into this next phase.” AP

Boult back for India Tests, Jamieson and Patel earn call-ups