On this day in 1983, the Indian cricket team defied all odds and expectations and made history by clinching its first-ever Cricket World Cup title, defeating West Indies in the finals by 43 runs at Lord's. Meanwhile, few decades back, India started its journey in international Cricket as a Test-playing nation, making its debut against England at Lord's. 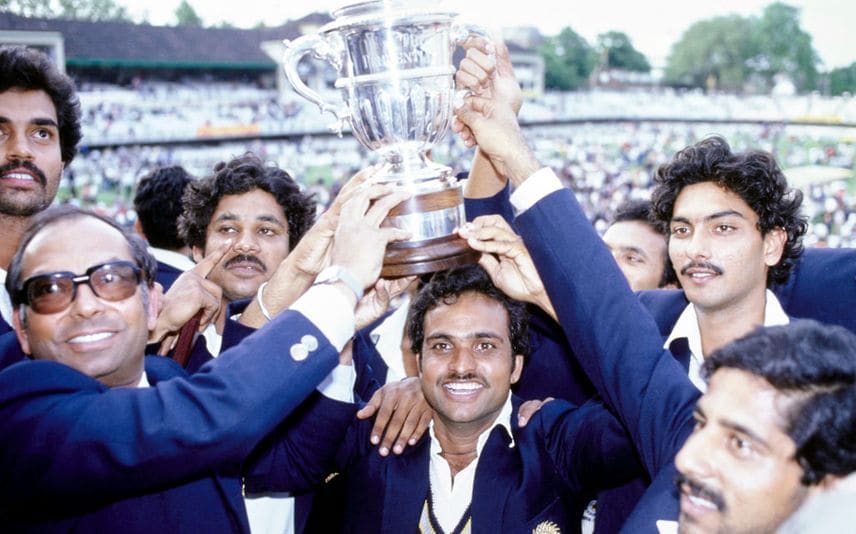 On this day in 1983, the Indian cricket team defied all odds and expectations and made history by clinching its first-ever Cricket World Cup title, defeating West Indies in the finals by 43 runs at Lord's. Meanwhile, few decades back, India started its journey in international Cricket as a Test-playing nation, making its debut against England at Lord's.

India had lost their first-ever Test and international cricket match by 158 runs. But ever since that day in 1932, India has improved leaps and bounds in the longest format of the game, especially from the 1990s onwards and even more in the 2000s and 2010s. The team has so far featured in 562 Tests, winning 168, and losing 173. 220 matches ended in a draw while one in a tie.

Heading into the finals of WC, India had impressed and shocked the cricketing world with its impressive performances in the cricketing marquee event after disappointing outings in 1975 and 1979, in which they could not progress beyond group stages. They had finished second in their group with four wins and two losses, clinching wins over Zimbabwe, West Indies and Australia. They had also defeated England by six wickets in the semi-finals. India was in the 'Giant Killer' mode heading into the final, with one final kill left to grab the trophy.

West Indies were heading into the finals as favourites, having won the previous two world cups in 1975 and 1979. They had finished at the top of their group with five wins and a loss, with the loss coming against India. In the semis, they had crushed Pakistan by eight wickets.

Put to bat first by WI, India had a disappointing start, losing their star batter Sunil Gavaskar for just 2. Afterwards, it was Kris Srikkanth and Mohinder Amarnath who helped India recover from this early hiccup, forming a 57-run stand, which was broken by pacer Malcolm Marshall by dismissing Srikkanth for 38.

Yashpal Sharma and Amarnath then carried on, but a well-set Amarnath was dismissed for 26 by pacer Michael Holding. India was 3/90 at that stage. From then onwards, nothing really went right for India as they kept losing wickets at regular intervals. Sandeep Patil with a 27 tried to keep things steady for India.

Also, Captain Kapil Dev (15), Madan Lal (17) and Syed Kirmani, the wicketkeeper (14) tried their best to support Patil but Windies' bowling attack overpowered them, ending their knocks prematurely. Kirmani and bowler Balwinder Singh Sandhu (11*) stitched a vital 30-run stand in the end, taking India to 183 in 54.4 overs before all the batters were back in the hut.

Chasing 184, the Windies were not of the most ideal start, losing Gordon Greenidge for just 1 run at the team's score of five. Sandhu the medium pacer had done the job for India by giving his side some early momentum.

Then Desmond Haynes and Viv Richards revived the Caribbean innings after this early wicket, stitching a valuable 45-run stand broken by medium pacer Madan Lal, who sent back Haynes for just 13 with assistance from Binny's safe hands.

Richards continued to look good, smashing seven majestic boundaries fitting the occasion of the final and a batter of his stature. It looked like he could continue for long and help WI complete a hat-trick of World Cups.

But Lal gave Team India perhaps its biggest breakthrough by dismissing Richards for 33 off 28, with Kapil Dev taking a marvellous running catch. Larry Gomes (5), Captain Clive Llyod (8) and Faoud Bacchus (8) fell quickly, sinking WI to 6/76, on the brink of a humiliating defeat. The trio of Binny-Sandhu and Lal took these wickets.

Afterwards, wicketkeeper-batter Jeff Dujon and Malcolm Marshall tried to stabilise the innings for WI, stitching a stand of 43-runs which was broken by medium pacer Mohinder Amarnath by dismissing Dujon for 25. He also took the wicket of Marshall soon.

With Windies at 124/8, the rest of their batting could not do much. Kapil Dev and Amarnath delivered two final blows to the Windies, ending their innings at 140.

Madan Lal (3/31) and Mohinder Amarnath (3/12) delivered in heaps for India with their medium pace. Sandhu also bowled well, taking 2/32. Kapil Dev and Roger Binny also took a wicket each. The day belonged completely to India and its pace attack in particular.

India had defied all sorts of expectations and odds to clinch their first-ever World Cup title. An underdog story to the core, it is a tale retold to every generation with pride. It is an event that triggered the massive cricket craze that has the country in its grip till this day and was perhaps the first step of India's rise in cricket as a superpower. The image of a smiling 'Haryana Hurricane' Kapil Dev holding the silverware still is the crown jewel of Dev's legendary legacy and Indian cricket's history.

Mohinder Amarnath was chosen as the Man of the Match for his crucial 26 and 3/12, delivering a true all-round effort.