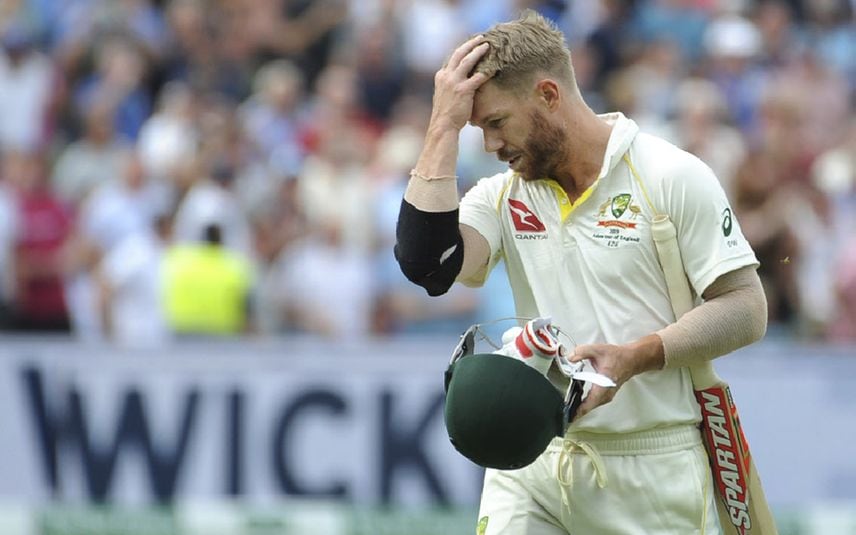 Melbourne: Not prepared to let his family be the "washing machine for cricket's dirty laundry", an angry David Warner on Wednesday withdrew his application for revocation of lifetime leadership ban, saying the independent review panel wanted him to go through "public lynching".

Warner was handed a lifetime leadership ban for his role in ball tampering scandal in the Cape Town Test in 2018. He had filed a review application after Cricket Australia altered its code of conduct last month, hoping it will clear his path to be considered for captaincy once again.

However, the 36-year-old has now given up on his captaincy ambitions and slammed Cricket Australia panel for making "offensive" comments and questioned the entire process.

"...despite my opposition and that of Cricket Australia, on Tuesday last week Counsel Assisting the Review Panel and the Review Panel took it upon themselves to concoct an irregular procedure (overturning presumptions and previous practice) for the determination of my application and establish a novel approach that would negatively impact the health and welfare of my family and the interests of the Australian cricket team," Warner said in a statement, posted on social media platforms.

"In his submissions, Counsel Assisting made offensive and unhelpful comments about me that had absolutely no substantive purpose under the Code of Conduct.

"Regrettably, the Review Panel acted contrary to the submissions of Cricket Australia and my lawyer and appeared to adopt virtually entirely the position of Counsel Assisting."

Warner felt that the panel wanted to play to the gallery and make a public spectacle out of him and he was not willing to go through the ordeal once again.

"....Some things are more important than cricket."

In his over 700-word statement, Warner said he had submitted a request for the Review Panel to revisit their procedural decision.

"Having had nearly a week to consider that proposal, today the Review Panel has decided to ignore the request in any meaningful way and has provided a dismissive rejection of the substantive matters," he wrote.

"It appears that the Panel has given no more than passing consideration to issues of player welfare and the interests of Australian cricket and is instead determined to conduct a public lynching."

Warner also highlighted the effect that the ban had on his family and the efforts that he had made since.

"My family is more important to me than cricket," he wrote.

"Over the course of the past nearly five years since the events that occurred during the Third Test in Cape Town, even with all the humiliation and attacks that they have had to endure, I have enjoyed the unwavering support and love of my wife Candice and my three daughters, Ivy Mae, Indi Rae, and Isla Rose. They are my world.

"Since that Test and even though my ban from leadership roles may never be lifted, I have taken it upon myself to reform, to rehabilitate and to transform my approach to the game," Warner said in a post shared on his twitter handle.

"I have served and been subject to a crushing, unprecedented, penalty that has horribly impacted me and my family for the past nearly five years." PTI

We have to win every game from hereon to make it to finals: Warner on congested points table