Mental health is talked about in our group and every player responds differently: Rohit Sharma 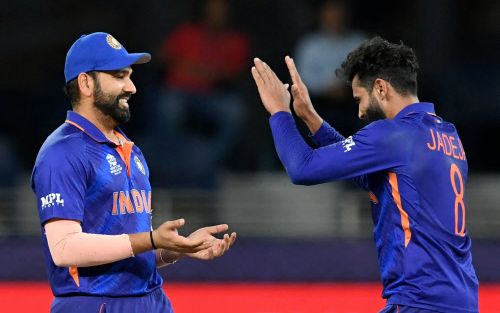 Dubai: Mental health is an aspect that needs to be given due importance as every individual has a different response to his or her problem, Indian captain Rohit Sharma said on a day when his illustrious predecessor Virat Kohli admitted to have felt "down" for a month.

During a chat with 'Star Sports', Kohli spoke about how he had to "fake intensity" in order to conceal that he was feeling "mentally down". He said he did not touch a bat for a month for the first time in 10 years post the England tour.

When Rohit was asked about the same on the eve of India's Asia Cup match against Pakistan, he showed empathy for everyone who has faced mental health issues.

"We do talk about these things a lot. Of late, when Covid-19 struck, this has been difficult for a lot of players not just Virat himself," Rohit told the media on Saturday.

"A lot of players have gone through hard times mentally, staying in bubbles, not being able to go out of hotels and there is nothing wrong in it," the skipper added.

Cricketers being elite sportsperson get to travel across the globe but in a post COVID-19 world, the five-star hotels often felt like an elite jail, where one couldn't enjoy the sun and sand at times. It did create issues.

"Because how you led your life until then was completely different because you had to stay in bubble and inside hotel for two months, quarantine. Every player had way of responding to that and there is nothing wrong," Rohit said.

That is also the reason why spacing out games and looking at workload has become so important, the skipper stressed.

For him it is important to have fresh players.

"If players have his view on that (mental health), we talk about that in our group and what they talk about being mentally fresh and how we can keep them fresh. Freshness is important. Mentally you need to be fresh. So mental health is important," he added. PTI