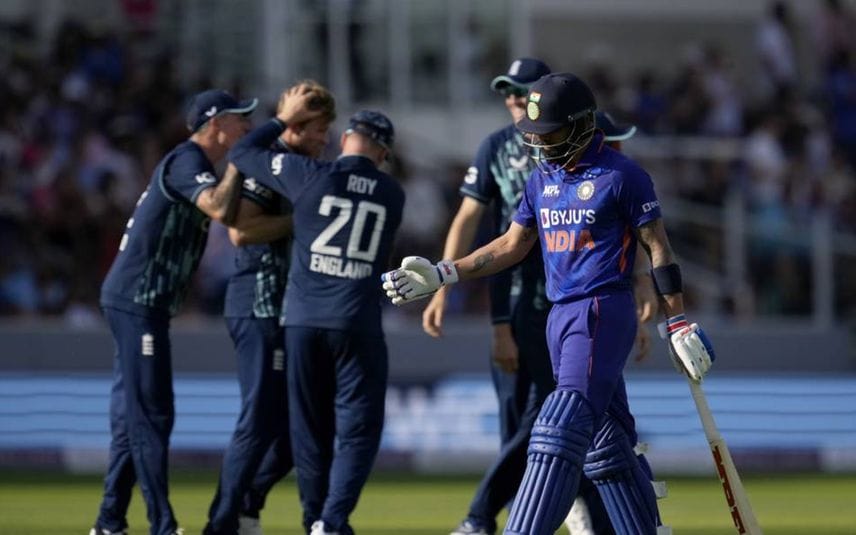 London: Virat Kohli returned to the India side as captain Rohit Sharma won the toss and elected to field in the second one-day international against England at Lord's on Thursday.

Kohli missed India's 10-wicket thrashing of world champions England in the 1st ODI at the Oval on Tuesday with a "mild groin strain".

But the fit-again Kohli, who has been struggling for runs and was on Thursday left out of the India squad for the upcoming T20 series in West Indies, replaced Shreyas Iyer in India's side for the second of this three-match series.

England were unchanged from the side that was blown away for just 110 at the Oval on Tuesday.

Thursday's encounter is taking place three years to the day since England beat New Zealand in a World Cup final at Lord's -- the only time their men's side have won a major 50-over global title.

But while England have won all four Tests under the new red ball leadership duo of captain Stokes and coach Brendon McCullum, the white-ball side has struggled since Buttler took over from 2019 World Cup-winning skipper Eoin Morgan who stepped down last month.

Buttler has won just one of his first four matches in permanent charge, with England beaten 2-1 in a Twenty20 series by India prior to Tuesday's humiliating loss on the other side of London's River Thames.