Archer will now start five days of isolation and will undergo two tests for COVID-19 during this period. Archer has to test negative before his self-isolation period is lifted. 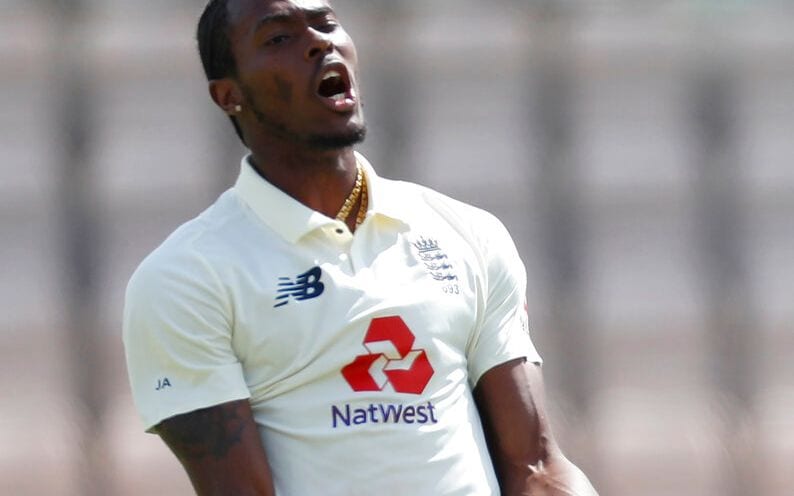 England fast bowler Jofra Archer was excluded from the second cricket test against the West Indies hours before the start of the match Thursday for what the team described as a breach of bio-secure protocols.

Archer will now start five days of isolation and will undergo two tests for COVID-19 during this period. Archer has to test negative before his self-isolation period is lifted.

The Barbados-born paceman said he was "extremely sorry" for his actions, the exact details of which haven't been disclosed.

"I have put not only myself but the whole team and management in danger," Archer said. "I fully accept the consequences of my actions, and I want to sincerely apologize to everyone in the bio-secure bubble.

"It deeply pains me to be missing the test match, especially with the series poised. I feel like I have let both teams down, and again I am sorry."

England said the West Indies were satisfied with the measures imposed on Archer. The teams are playing in an isolated environment at Manchester's Old Trafford ground because of the coronavirus pandemic and no player is allowed to leave the bio-secure bubble.

England began the three-match series by losing the first test on a dramatic final day at the Rose Bowl.

England did not announce a replacement for Archer in its squad. James Anderson and Mark Wood were due to be rested for the match, meaning England could be missing its entire specialist pace attack from the first test.

It increases the likelihood of a recall for Stuart Broad, England's second-highest test wicket-taker of all time, who was dropped for the first test and spoke out publicly during the match about his disappointment.

Sam Curran and uncapped Ollie Robinson are likely to be vying for the final seamer spot.