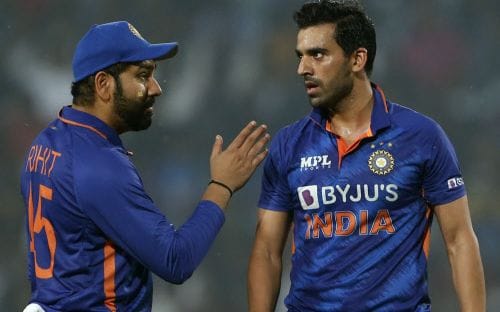 A fan invaded the pitch during the India-New Zealand T20I match on Friday to meet an equally surprised Rohit Sharma. During the first innings, the fan slipped away from the watches of the security and ran straight to the Indian skipper who was fielding in the mid-on region. Later, the security guards who ran after him escorted him out of the premises.

The video of the event which was shared online went viral in a couple of minutes.

Set 154 in front of a packed crowd in Ranchi, India crossed the line in the 18th over having lost only three wickets, avenging their eight-wicket hammering by the Black Caps in the World Cup.

Virat Kohli yet to recover from groin injury, likely to miss 2nd ODI against ...